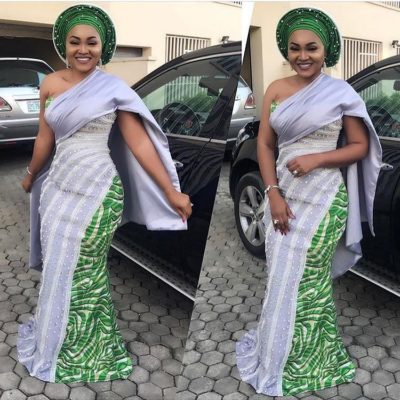 There are indications that Lanre Gentry, husband of popular Nollywood actress, Mercy Aigbe may be prosecuted for wife battery as Lagos State government has begun investigation into the matter.

As gathered by the Newspaper, the Edo State-born actress has dragged her hotelier husband, Gentry, to the Lagos Ministry of Women Affairs for investigation and prosecution over alleged battery and assault.

A top official with ministry who doesn’t want his name mentioned, revealed that the case has been brought to the attention of the body; stressing it is a matter of urgency due to the mandate given to the ministry by Governor Akinwunmi Ambode to crack down on domestic violence especially against women.

“I am commenting on this based on your manner of approach, so please I’d like my privacy to be respected. Truely, the case is with us here, Telegraph reports

It was reported here by the victim herself, and because of the governor’s zero tolerance for domestic violence, we are as a matter of urgency investigating the whole drama. It is a good thing that it has also been brought to the public eye.

We’re still very much on top of the matter and we’ll get it to its logical conclusion,” he said.

Human rights activists Esther Ijewere, who was the first to render help to the actress, stressed that there is no justification for domestic violence.

“There is no justification for domestic violence, at all.

You as a man, if you can’t stand the heat, then take a walk out of the kitchen. Real men don’t hit their wives; celebrities are human, we should not be too quick to judge.

She has taken a bold step; the best we can do is pray for her and support her in any possible way we can,” Esther said.

The actress had allegedly tried to mend the cracks in her marriage since last year but was said to be physically abused by her husband recently and is recuperating at an undisclosed hospital in Lagos.

Clearly trying to effect damage control, Lanre Gentry posted a picture of himself and his wife on his Instagram account declaring the love he has for her.

“I love my wife so much. Well I know my wife did not have hand in this because I have never beaten my wife and I will never beat her because I love her so much,” he wrote on his social media account.

Though Mercy has been quiet about the reports making the rounds about her issues with her husband, fresh pictures posted on social media shows where the embattled actress is undergoing a CT scan which confirmed that the actress indeed suffered from a head injury.