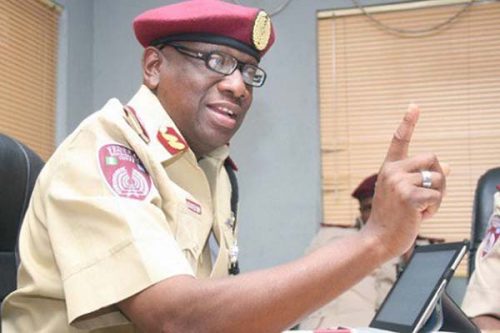 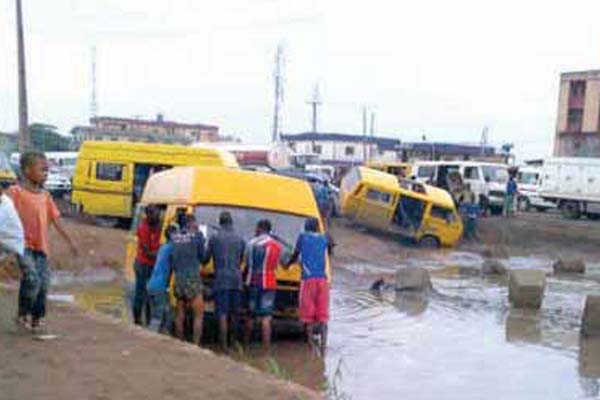 Oyeyemi who said this at the opening ceremony of the 2nd Pre-Hospital Trauma Life Support Training for FRSC patrol officers in Abuja, blamed the situation largely on lawlessness and attitudinal problem.

He restated his call for synergy between the FRSC and relevant security agencies to address the problem and restore total sanity to the nation’s highways.

The corps marshal also solicited the support of law abiding citizens for government to stop “this act of lawlessness and vandalism to make the roads motorable’’.

He said the FRSC, on its part, would intensify its patrol operations and advocacy to bring about the desired change in the people’s attitude toward road safety.

The News Agency of the Nigeria (NAN) reports that the two-week specialised pre-hospital trauma life support training programme is holding at the National Trauma Centre of the National Hospital, Abuja.

It is organised by the FRSC in collaboration with the trauma centre under the sponsorship of the World Bank-assisted Safe Corridor Project of the Federal Ministry of Power, Works and Housing.

Oyeyemi explained that the training was part of the capacity building programme mapped out by the corps to expose its patrol personnel to modern techniques of safe handling of road traffic crash victims.

He said that 80 patrol officers in two batches of 40 each drawn from accident prone corridors were undergoing the current special training which started in 2014 with 100 officers.

He said, “FRSC management has always been concerned with issues of capacity development of its staff who offer life saving services to the motoring public.

“The Corps in 2017 is focused on achieving an improved post-crash care which will reduce road traffic crash by 15 per cent and fatality by 25 per cent.

“Realisation is evident in the 35 per cent reduction in fatalities recorded by the FRSC during the last Easter special patrol operations as against the corresponding period of 2016.’’

The Chief Medical Director of the National Hospital, Dr Jaf Momoh, said the training was critical in view of the fact that FRSC patrol officers were the first responders at accident scenes.

“As the first to arrive the scenes of accidents and the first to also bring victims to us, it is very important we equip you with requisite skills and techniques on post-crash trauma management.

“The aim is to make sure that patients arrive here in the best possible condition, not worse off than when you met them,’’ Momoh said.