Why I’m not vulgar - Sound Sultan 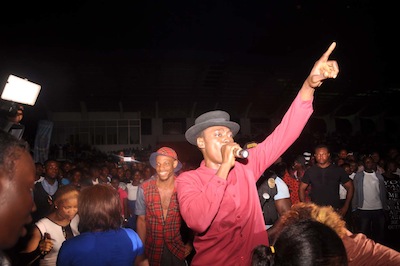 Popular Nigerian musician, Sound Sultan says his music is devoid of vulgar words because he regards music as a powerful tool that could influence society.

Sultan, born Olanrewaju Fasasi, the crooner of popular “Jagbajantis’’, told the News Agency of Nigeria (NAN) on Tuesday in Lagos that he preferred to use his music to educate and inform the youth.

“I want to help the youth facilitate their goals with my music, I want them to draw inspiration from me for them to achieve their dreams and not mislead them with my songs.

“I want to bring my wealth of experience to youths by reaching out to them.

“Music is a powerful tool and we need to use the tool to educate and not destroy and if we use it wrongly, it becomes a weapon, so why not use it wisely.

“Musicians should impact the lives of their listeners and not get their mood corrupted. So, we have to be careful about what we dish out,’’ the musician said.

Sultan, who was made a United Nation (UN) Ambassador for Peace in 2012, said that his music was to pass a message and that he was satisfied with it.

“My music is passing a message not just the social aspect of it, it is meant to talk about politics, society and sometimes self confidence.

“Music is powerful in transforming the society and though I talk a lot about politics, I can’t be a politician.

“My newly released album which is `Out of the Box’ will take me to schools to sensitise students about thinking outside the box and teaching them life choices.

“Out of the Box is my seventh album and I will use it to advice against wrong choices,’’ he said.

NAN reports that Sultan released his first album “Jagbajantis’’ in 2000. The song brought him fame and is regarded as one of the classic songs in Nigeria.

Sultan, a devoted Muslim is married to Chichi Morah and they are blessed with two children.

He was made a UN Ambassador for Peace in 2012 for his exemplary lifestyle and career.