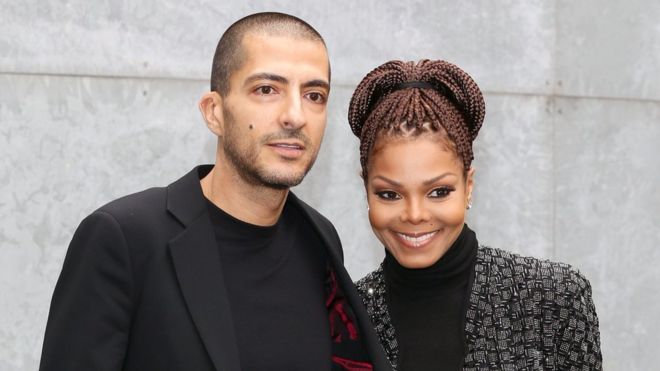 Janet Jackson and her estranged husband

Janet Jackson is finally opening up publicly about her separation from her ex, Wissam Al Mana.

The pop icon shared a very personal video to Twitter on Monday, where she spoke directly to her fans and addressed the numerous developments in her life, starting with her 3-month-old son, Eissa.

“Hey you guys, it’s me, Jan, just in case you don’t recognize me since I have put on quite a few since I had the baby,” Jackson said, laughing. “But I thank god for him, he’s so healthy, so beautiful, so sweet, so loving, such a happy baby.”

Two weeks ago, Jackson shared the first photo of her and Al Mana’s adorable little boy in a super sweet Instagram post.

Jackson also confirmed her split with her ex, after weeks of rumors and speculation regarding their marital status.

“I just want to keep it real with you guys for a second,” she shared. “Yes, I separated from my husband. We are in court and the rest is in God’s hands.”

News of Jackson and Al Mana’s split broke in early April, and the pop star was then seen shopping for new apartments in London, after having reportedly moved out of her home that she shared with her ex.

However, their split wasn’t the only news Jackson wanted to share in her candid message to her fans — she also had an announcement regarding her music.

“I’m continuing my tour, as I promised,” Jackson announced. “I’m so excited you guys, so excited!”

She went on to reveal that she’s decided to change the name of the tour from Unbreakable — the name of her latest album — to The State of the World Tour. However, she assured fans that the name change is “not about politics”

“It’s about people, the world, relationships and love,” Jackson explained.

She concluded the video with a message of appreciation for her fans, sharing, “I want to thank you guys for your patience and for all of your support throughout the years. Thank you so much.”

“I am so excited. I cannot wait to see you on stage September 7th. See you soon!” she added.

Jackson announced in April 2016 that she would be putting her scheduled tour on hold as she and Al Mana focused on planning their family, and shortly after announced that they were expecting their first child.