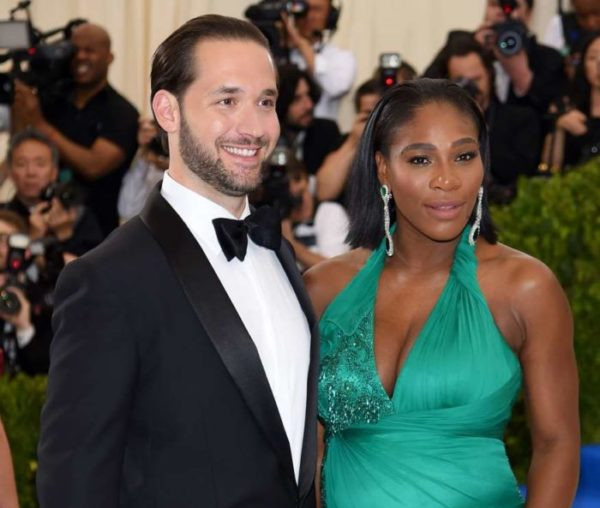 But top-seeded tennis legend Serena Williams always knows how to rise to the challenge. On Monday night she strode down the red carpet at the Metropolitan Museum of Art in New York City looking regal, powerful and glowingly pregnant.

Her halter-top emerald ensemble was a custom Atelier Versace design, according to Vogue, and hugged all of her curves with delightful, flowing lines. The silhouette attached at her wrist, while her free hand was available to give her belly a little pat here and there.

As for accessories, Williams wore XIV Karats emerald drop earrings to match the dress along with a sparkling, spiked bracelet and, of course, her giant engagement ring.

Williams was making her first public outing with Reddit co-founder and fiancé Alexis Ohanian since news of her pregnancy accidentally leaked.

Williams had accidentally posted a short 20-second video on Snapchat in April, but once the story was out there she followed it with an Instagram post:

Her rep later confirmed that Williams is expecting their baby later in the fall. One thing we can be sure of: this child will have serious style. After all, he or she has already gone to the Met Gala!