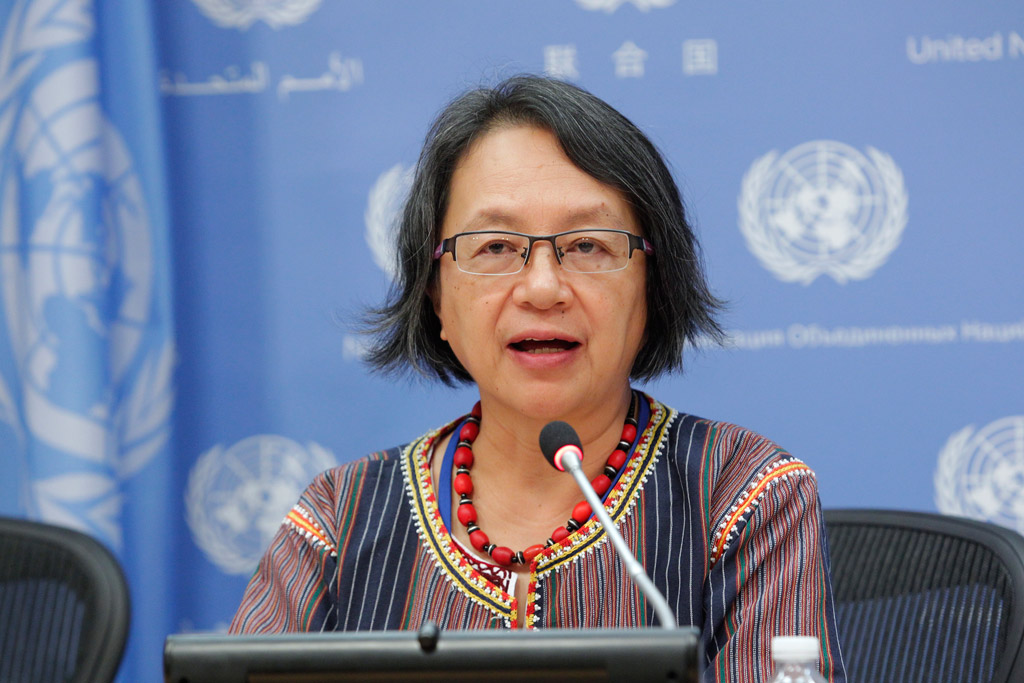 The UN Special Rapporteur on the Rights of Indigenous Peoples, Ms Victoria Tauli-Corpuz, said the rights of indigenous peoples around the world are being abused by governments and corporations.

Tauli-Corpuz made the remarks at the sidelines of the ongoing 60th Session of the Permanent Forum on Indigenous Issues at the UN headquarters in New York.

“The rights of indigenous peoples are being abused by authorities and corporations that want access to their land and the resources such as petrol that are beneath it.

“The situation of indigenous peoples’ rights is really not in a very good state these days because there are policies and laws used to criminalize them,” she said.

She regretted what she termed the use of harassment, torture and arrests against indigenous peoples peacefully protecting their property.

“This is out of line with the UN Declaration on the Rights of Indigenous Peoples, adopted by the General Assembly in September 2007, which established a universal framework of minimum standards for the survival, dignity, well-being and rights of the world’s indigenous peoples.

“The main preoccupation of indigenous peoples is really to work on the defence of their land and resources, and protection of the right of self-determination.

“In their assertion of this right, they are accused of being a terrorist or arrested,” Tauli-Corpuz alleged.

The independent UN expert said she just returned from Honduras, where she met with the family of an indigenous right defender killed last year.

She said the hearings in the case were being delayed and said that there was a “lack of determination from the side of prosecutors to pursue” the case.

Tauli-Corpuz said she had also recently been in the U.S., where members of the Standing Rock reservation are protesting the construction of the Dakota Access Pipeline.

According to her, she saw indigenous peoples arrested and pounced on by police dogs, adding, “these gatherings are not violent and should not be subjected to this type of force”.

“Petrol, minerals, it’s all beneath the earth, which leads to a tremendous problem,” Lourdes Guala, a Member of the UN Permanent Forum on Indigenous Issues from Ecuador, said.

Speaking alongside Tauli-Corpuz, Guala stressed the importance of land to indigenous peoples:

“The land passes everything, health, education, agriculture. But whenever there are discussions about the economy of a country, indigenous people’s lands are the first to be used.”

“This is done without discussions with the indigenous peoples, but with the belief that the nations will trade for ‘some chickens, some cows’.

“But indigenous peoples do not want machinery on their territory without prior consultation,” the Ecuadorian advocate stressed.

Among other issues raised on Monday’s briefing was the idea of having an Ambassador for the indigenous peoples joining Ambassadors from the 193 UN Member States on the General Assembly floor.

The 60th Session of the Permanent Forum, which opened last Monday, will run through Friday, May 5 at the UN headquarters.