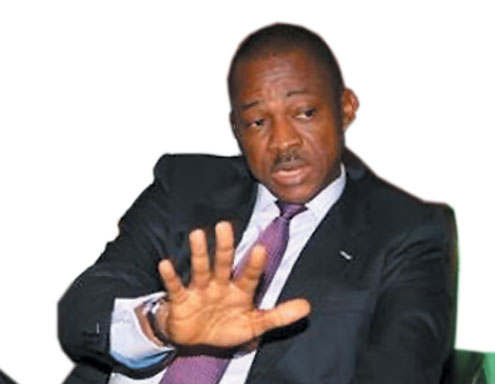 Former Enugu State Governor, Mr Sullivan Chime says that he ran a responsible and responsive government during his eight year rule of the state.

Briefing newsmen on Wednesday in Enugu ahead of his registration as a member of the All Progressives Congress (APC), Chime dismissed allegations that he incurred huge debt while in office.

Chime, who was the governor of the state from 2007 to 2015 on the platform of the Peoples Democratic Party (PDP), said the allegation was unfounded.

The former governor explained that it was the prudent management of funds that kept his administration afloat.

According to him, the rumour is being championed by his political opponents who were aggrieved that he refused to share the resources of the state with them.

Chime said that since he announced his exit from the PDP, he had been branded a total failure.

“Rumours were flying there that I got money from the World Bank and I was just laughing.

“I ran such a very responsible government that by the time we were done with my administration, we had expended a lot of money on behalf of the Federal Government.

“In other words, the Federal Government owed us a lot of money that we spent on federal infrastructure,” he said.

The former governor said that though he would not make comments about the current administration in the state, it was imperative to set the records straight.

“Till today the state government will tell you they are expecting some amount of money from the Federal Government and the money is in respect of what we did.

“Any refund you are hearing is that they are actually pursuing the money earned by my administration because as at the time I left office the Federal Government owed us more than N40 billion,” he said.

Chime said that the money expended on the rehabilitation of federal roads in the state was about N24 billion.

“In 2008, when they shared the Paris Club money, some states like Akwa Ibom, Rivers and others got about $1 billion each but we got nothing because they said we owed.

“They started deducting money from the state but later found out that all those deductions were done in error.

“So by the time I left office, the Federal Government had confirmed to us that they owed us about N24 billion apart from the Paris Club refund and that is the money this administration is enjoying now,” he said.

He said it would be uncharitable for anybody to judge the current administration, adding “whatever the government is doing whether well or not well can never be attributed to Enugu State owing any money.

“It does not exist. Go and look at the account books of the state and forget about the rumours flying here and there,” he said.

Chime said that throughout his eight years in office, other governors from the South East were amazed at his performance and were asking where he got the money from.

“I can assure you throughout my eight years in office, the excess crude money that came to Enugu State was N19 billion.

“That was the only extra money that came apart from the monthly allocation that was hovering between N2 billion and N3 billion.

“This is not the opportunity to criticize or eulogize any government, but when I became governor the state owed three months arrears of salaries,” he said.

Chime said that the situation was so bad that the then President gave instructions to the accountant general of the federation not to release the monthly allocation for May 2007 until they were sworn in.

“When we were sworn in, the money was paid into the then Intercontinental Bank but the money disappeared.

“It happened that the then administration in anticipation of the money coming in had taken an overdraft to that sum, so there was no money. We started from day one to struggle,” he said.

He said that his administration had to make arrangement in 2007 with Bank PHB on how to pay salaries.

“That was how payment of workers in the state every 25 of every month arose.

“So from 2007 till we left office, we paid salaries consistently on the 25th or there about of every month.

“The records are there,” he said.

The former governor his administration was adjudged one of the three sustainable states in the federation at the time.

“Before I left office, the state was adjudged as one of three states in the federation that were found to be very sustainable.

“This rating included those receiving huge derivation,” he said.