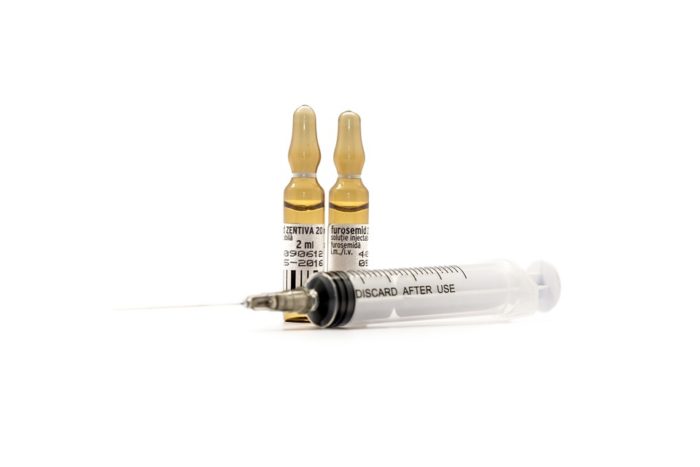 The World Health Organisation (WHO) has called on African governments to support vaccination programme with adequate funding so as to increase the coverage.

Dr Matshidiso Moetic, the WHO Regional Director, made the call on Tuesday in Ibadan during the celebration of 2017 African Vaccination Week in Oyo State.

Moetic said improved and regular funding of the exercise would increase coverage to a level enough to interrupt transmission of diseases and introduce new vaccines into the continent’s immunisation system.

“Immunisation saves millions of lives and is widely recognised as one of the world’s most successful and cost effective public health interventions.

“Immunisations’ coverage has improved dramatically in Africa. Vaccination for diphtheria, tetanus and peruses containing vaccine (DTP3) have increased from 52 per cent in 2000 to 76 per cent in 2015.

“Cases of many vaccines preventable diseases such as measles and meningitis have fallen in many countries saving millions of lives,’’ he said.

Earlier, Dr Lanre Abass, the Executive Secretary, Oyo State Primary Health Care Board, said that the stakeholders’ meeting was aimed at improving on the delivery of vaccination in the state.

Abass said that there was need for more stakeholders to improve the vaccination to make Nigeria polio-free and other diseases.

“We need more awareness on the vaccination and sensitise people, religious leaders, head of countries on the importance of vaccination,’’ he said.

The News Agency of Nigeria (NAN) reports that the Oyo State Government has announced May 6 to May 9 for the second round of National Immunisation Plus Days (NIPDs) across the state.

Dr Azeez Adeduntan, the State Commissioner for Health, explained that enough personnel had been engaged to conduct the exercise simultaneously across the state.

He said that children would be given oral polio and all missed routine antigens against Poliomyelitis, measles, hepatitis, diphtheria, yellow fever, while pregnant women would be immunised against Tetanus toxoid.

Adeduntan advised parents and care givers to bring out their children and wards from 0-59 months of age for immunisation, adding that Vitamin A would also be administered on children between the age of six months to five years.