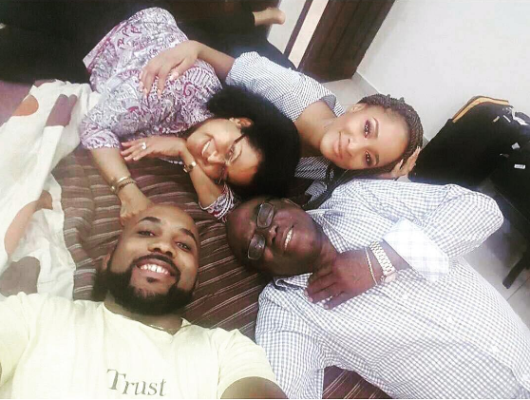 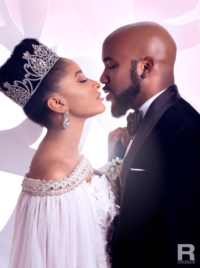 Nigerians across the country’s on Wednesday took to social media to congratulate R and B sensation, Bankole Wellington also known as Banky W on his engagement to Nollywood actress, Adesua Etomi.

The big lesson for me is that Banky waited to find the right woman. He found her at age ~ 36. It is never too late for gentlemen 😊

Banky and Adesua got Twitter girls removing “No DMs” from their bio pic.twitter.com/iM5wM0D4Nc

Susu: This Adekunle Gold boy sef is still disturbing me:

Banky slid into Adesuwa’s DMs and got a wife.

Let me tell you what happened to me the last time I entered a girl’s DM.

Don’t be surprised when Banky W and Susu comman say their account was hacked. pic.twitter.com/PuWT6ltt7S

Accordin to Google, Don Jazzy is 34 nd Banky w is 36. So, Don Jazzy has an optimum of 2 years to get married or he rather adopt korede Bello

Banky W got engaged to an actress and his life is about to be a movie.
so if i get engaged to a comedian my life will be a joke ? pic.twitter.com/wmBnnLCrI9

Awwww… My babies, your love brings happiness to my spirit and tears of joy to my heart. I’m proud of the man you @bankywellington are and you my sweetheart @adesuaetomi are one of the few young people who give me hope in this generation. That both of you know Christ the way you do and love him with your hearts is such a joy. Now that we’ve gone public, let’s go wild with the wedding planning 💃🏼 Papa bear is proud of you both. God bless this union.

When God says Yes, nobody can say no! My Banky, my one and only Banky, you are one of the sweetest, kindest and honest people I have ever met. In the time I have known you, you have proven to be someone who always knows what he wants and gets it with all determination. Let me tell you, you did not fail in case. You were brave and took this bold step many always seem to run away from. Omo mi, my Adesua, I remember the conversation we had about finding ‘the one’. Funny thing is I saw this happening after seeing you both together on set. I am not sure what it was, but i was moved. I just decided to keep it to myself and simply pray for you. May God bless your union. As you both join thogether, you become stronger, greater and incredible forces. May you always find joy and solace in one another. No one and I repeat NO one shall ever get in the midst of both of you. You shall bless nations with this union. You shall inspire the world with your union. You shall live in eternal happiness for the rest of your lives. Most of all, the love you share for one another shall ever flourish in the name of Jesus! Amen!!! I am so happy for you my darlings! Congratulations to you both. I love youuuu 😘❤ Cc: @bankywellington @adesuaetomi P.S Panla stew on deck!

Big Congratulations bro @bankywellington May God bless you both with wisdom, patience and love!

Knowing who you are in Christ Jesus,helps you enjoy life. Congratulations @adesuwaetomi

Wow @bankywellington from Captain Ekeinde and I, Congratulations. He says to tell you Ehen … ! Lol… Congrats beautiful @adesuaetomi I liked you from the way you walked to me to intro yourself…truly a breath of fresh air as described by your man. Truly happy for you both. #Love #banksusu

We at pmnewsnigeria wish the Couple a blissful union.