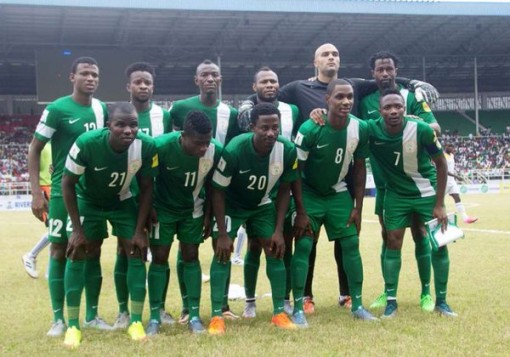 Nigeria remained unmoved at number 40 in the latest Fifa rankings for the month of May released on Thursday.

Gernot Rohr’s men were adjusted the same position in the world according to April ratings. This ensures they remain fourth in Africa behind Egypt, Senegal, Cameroon and Burkina Faso who maintained their positions.

Super Eagles’ foes in next month’s Africa Cup of Nations qualifier, South Africa despite their stagnant position are placed 64th in the world and 12th in the continent.

However, there were changes not minding the fact that the top 20 places stayed unaffected in the month under review. Madagascar climbed nine places up to 111th, with Malawi soaring 14 steps northward.

Overall, Brazil sit at the apex of the world with 1672 points, while Argentina are second with reigning world champions Germany third place.

The next Coca-Cola/Fifa ranking will be published on 1 June 2017.