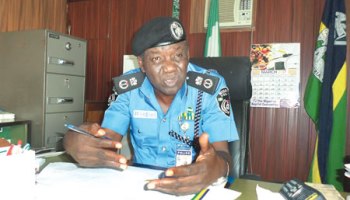 The Oyo State Police Command has commenced investigation into the death of Miss Deborah Effiong, a 100-level Law student at the University of Ibadan.

The Oyo State Commissioner of Police, Mr Abiodun Odude, made this known in a telephone interview on Thursday in Ibadan.

Odude said police investigation into the incident followed the report by the university’s authority.

He gave an assurance that the outcome of the investigation would be made public as soon as it was completed.

The University of Ibadan had on Wednesday issued a statement through its Director of Public Communication, Mr Olatunji Oladejo, announcing the death of Effiong.

Oladejo expressed the regret of the university management over the sudden death of the student at the University College Hospital, Ibadan.

“Her sudden death, however, remains a mystery and it is in the light of this that the University Management wishes to state that the cause(s) of her death are still being investigated by the appropriate authorities.

“Her parents had been duly contacted by the relevant key officers of the University on the loss.

“It is pertinent to state that by the tradition of the Queen Elizabeth II Hall where she was a resident, an event tagged “Freshers/Finalists’ Week’’ was organised by the Hall’s Executive Committee.

“Thereafter, she received a telephone call from a fellow; she left the venue of the movie show to meet the caller.

“The fellow had been identified after her death by the Campus Security Service,’’ Oladejo said.

He further explained that on getting back to the venue of the movie show, her colleagues stated that she suddenly became hyperactive and developed a strange attitude.

Oladejo added that her colleagues said Effiong danced abnormally and excessively in the cafeteria after the meeting.

“It was further revealed that she left the venue of the movie show and, thereafter, there was a bang, which her colleagues explained, she jumped from a dangerous position in the Hall.

“She was later referred to the University College Hospital (UCH), Ibadan, for further medical attention where all efforts to save her life proved abortive,’’ Oladejo said.

Effiong was said to have died overnight at the tertiary health institution.