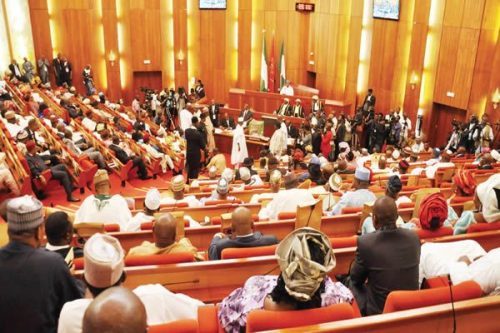 The Senate, on Thursday, postponed the laying of report on the 2017 Appropriation Bill to Tuesday.

The Committees on Appropriations in the Senate and House of Representatives had planned to present their reports today, while the presentation was listed on the Order Paper for the plenary.

But the Majority Leader of the Senate, Senator Ahmad Lawan, announced that both chamber of the National Assembly were still harmonising the versions of the report, PUNCH reports.

He said, “I have also equally been informed that by the grace of God, definitely, the Budget 2017 will be laid on Tuesday. Having said this, Mr. President, distinguished colleagues, I will move that we stand down this report to Tuesday, the next legislative day.”