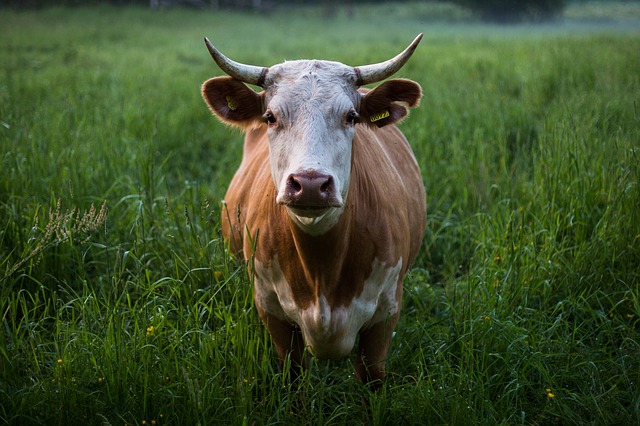 Gov. Samuel Ortom of Benue said on Friday that outlawing of open grazing and rearing of livestock was to promote the economy and protect lives and property in the state.

Ortom stated this while receiving the leadership of the Christian Association of Nigeria (CAN) at the Government House, Makurdi.

He said that the Benue House of Assembly had passed the bill, which was captioned: “Open Grazing Prohibition and Ranches Establishment Law, 2017’’ for the prohibition of open grazing.

The governor had vowed to ensure proper implementation of the bill when signed into law and called on security agencies to cooperate with the government and people of the state.

He noted that 12 out of the 23 Local Government Areas of the state came under siege of the Fulani herdsmen, adding that it was impossible for farming and grazing to go along.

Ortom said that the state was known to be the food basket of the nation; therefore, whoever was into livestock should embrace ranches as it was the standard all over the world.

“What you see in that bill is a decision not just of the governor or the speaker or members of the Benue House of Assembly, but the decision of the Benue people.

“Benue State has 23 Local Government Areas but 12 have been under siege by the Fulani herdsmen. Benue was completely under siege for two years.

“It is not a crime that God gave us a green land: we are not going to farm in the air or on the sea, or any other place.

“There is no way we can compete with grazing. It is impossible for grazing to go along side with farming

“For several years we have pleaded with the herdsmen but they continued killing and maiming,’’ he said.

He advised that the lasting solution to the constant clashes between farmers and herdsmen was ranching.

“With the increase in human activities, road networks, markets and other things, it is unreasonable to think that grazing will continue in Nigeria.

“It is amazing that when you go to the nation’s capital, cattle were freely interfering with traffic. I think it is high time we find a lasting solution.

“They should rare their cattle in a civilised way and it must be regulated.

“In Benue you must abide by the law otherwise flouting it will land you in jail. This is last time our people will be harassed ‎and chased out of their communities,” Ortom said.

In his remarks, the President of CAN, Rev Samson Ayokunle, said the association was in the state to identify with the people and to express support to the anti-open grazing law.

Ayokunle described the act as barbaric and provocative and urged the government not to treat perpetrators of the killings as sacred cows, adding that no group has monopoly of violence.

“I think this is one of the ways to put an end to this type of unnecessary, unreasonable, unwarranted type of killings that has been going on in this State.

“I hope other States will emulate this in bringing an end to these unfortunate killings. The issue on ground is not about hatred for any group of people.

“We need to learn how to live together in peace; if we must do the pilgrimage together there must be justice, fairness and mutual respect for one another.

“If you continue to frustrate people, they can become very aggressive.

“Therefore, we don’t want any group of professional people whether herdsmen or any other men to provoke others to anger, Ayokunle said.

He called on the government to rise up to its responsibility, not only to arrest offenders but prosecute them to serve as deterrent to others before it gets to a state of complete disorderliness.

The News Agency of Nigeria (NAN) reports that the CAN officials visited the state with relief materials worth N7 million for the victims of the Fulani Militancy.