UN Condemns Callous Attack On Base 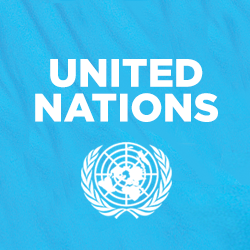 The assault in the town of Leer, which lies in an oil-producing region, was repelled by Ghanaian peacekeepers. There were no reported injuries.

The assailant’s’ identity was not clear.

David Shearer, head of the UN Mission in South Sudan (UNMISS), said the attack overnight from Wednesday into Thursday was launched from the direction of a nearby government-held town.

“We call on all parties to the conflict to respect the sanctity of UN premises.

“We are here to protect and support the people of South Sudan.

“It is clear the attackers have no consideration for their plight, given those who most desperately need help will suffer more because of a likely resulting delay of humanitarian aid,” Shearer said.

Government officials were not immediately available for a comment.

“UNMISS is protecting our civilians in government areas while we protect the ones in the liberated areas.
“Therefore, we can’t attack their base in any way,” deputy SPLA-IO spokesperson Lam Paul Gabriel said.

Separately on Thursday, UN High Commissioner for Human Rights Zeid Ra’ad Al Hussein called on the Juba government to halt offensives towards Aburoc in the northern Upper Nile region, which borders Sudan, where between 35,000 and 50,000 people have sought refuge.

“Civilians in Aburoc are at serious and imminent risk of gross human rights violations, inter-ethnic violence and re-displacement,” Zeid said in a statement.

“The civilians in Aburoc have nowhere left to go, with the (army) closing in from the south and options to flee northwards severely limited and fraught with danger,” Zeid said.

The fighting has forced more than 3 million people to flee their homes and plunged parts of the country into famine, creating Africa’s biggest refugee crisis since the Rwandan genocide in 1994.