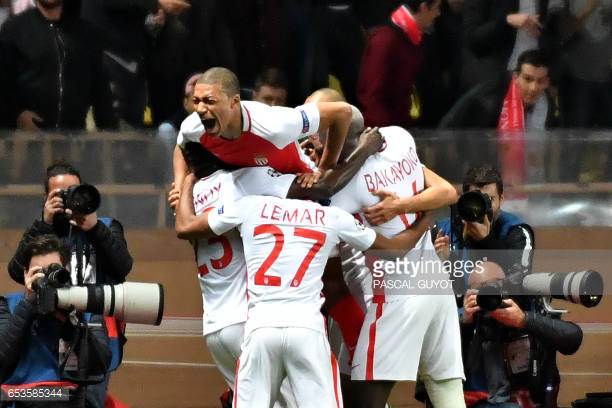 Monaco restored their three-point lead at the top of Ligue 1 thanks to a comfortable victory at relegation-threatened Nancy on Saturday.

Tobias Badila’s own goal put the visitors ahead with Bernardo Silva doubling their lead before the break.

Thomas Lemar added a third four minutes from time as Monaco made it 98 league goals in 35 games so far this season.

Paris Saint-Germain had earlier beaten Bastia 5-0 to draw level on points with Monaco, who have a game in hand.

The Champions League semi-finalists boast a far superior goal difference to PSG and realistically need just one win from their final three matches to become champions for the first time since 2000.