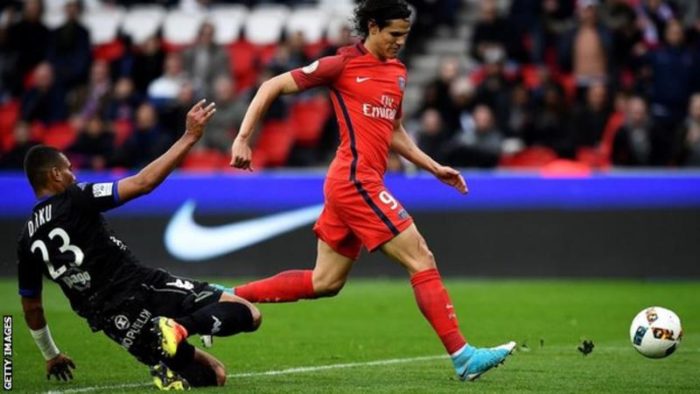 Paris St-Germain kept their slim title hopes alive as the defending champions beat Bastia to move level with Monaco at the top of Ligue 1.

The hosts took the lead when Lucas fired home from Blaise Matuidi’s cross before Marco Verratti added a second with a long-range strike.

Edinson Cavani tapped in to make it 3-0 and Marquinhos added a fourth to put the game firmly beyond Bastia.

After missing a penalty, Cavani got his second following a defensive error.

That goal was Cavani’s 47th in 47 games in all competitions this season as he helped move PSG onto 83 points.

BBC reports Monaco have the advantage in the title race as Leonardo Jardim’s side has two games in hand over PSG.