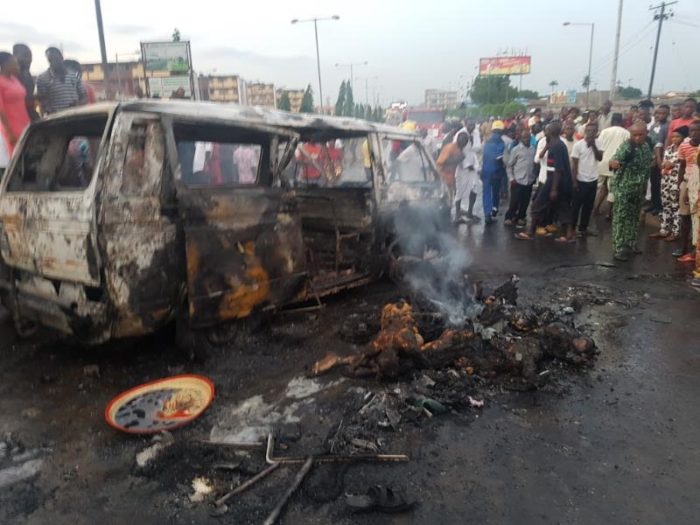 File Photo: A burnt bus and the remains of burnt bodies

The Oyo State Police Command said that 26 people died in the early morning ghastly motor accident, which occurred at the Ibadan end of the Lagos/Ibadan Expressway.

Ajisebutu said that eyewitnesses reported that two commercial buses had a head-on-collision with the vehicles immediately bursting into flames claiming 26 lives.

“Corpses of the dead have been deposited at Adeoyo General Hospital, Yemetu, while the injured were taken to the Ibadan Central Hospital, and the University College Hospital, (UCH) Ibadan for medical attention.

“The victims were evacuated by a combined team of police men from the Toll Gate Police Division and men of the FRSC.

Mr Deji Bobade, the Public Relations Officer of the UCH, confirmed that a male accident victim was admitted at the Accident and Emergency Unit of the hospital at about 7. 30 am.