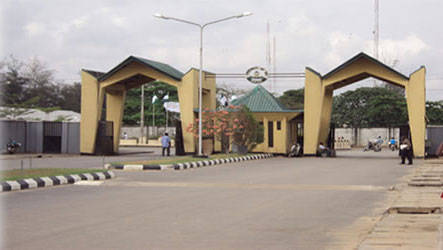 The Senior Staff Association of Nigerian Universities (SSANU) on Sunday announced the expulsion 13 of its members in the University of Uyo chapter for allegedly contravening the association’s constitution.

The National President, Mr Samson Ugwoke, disclosed this on the sideline of the 57th quarterly zonal meeting of SSANU western zone held at the Lagos State University (LASU).

Ugwoke said the expulsion took effect from May 2.

According to him, the members were expelled for disrespecting the association’s constitution and for giving the school authorities of the university false information about SSANU.

According to him, the expelled members gave the university authority false information, which led to the association being denied permission  to hold its election in Uyo.

He said that the erring members had insisted that the electoral committee should use the 2004 or 2011 constitution instead of the amended 2016 document.

“”The recalcitrant members felt they are more than the association by refusing to respect the constituted authority of SSANU.

““You cannot be questioning the constitution of an organisation you claim to belong.

“”They were part of the national delegate conference where the constitution was passed ratified.

“”The conference, which hold once in four years, amended the constitution in 2016 while another one is bill to hold in 2019-20, when you can amend a constitution again,” Ugwoke said.

Earlier, Mr Saheed Oseni, Chairman of LASU-SSANU told the NEC that 44 members of the association that were sacked by former Vice Chancellor of LASU, Prof Joseph Obafunwa, have been reinstated.

He also highlighted some of the achievements of the association to include payment of the 17 months’ salary arrears and the implementation of five-year single tenure for vice chancellor among others.

He commended the institution’s management, especially the vice chancellor, Prof. Olanrewaju Fagbohun for his benevolence towards the staff welfare.

SSANU Western zone comprises of universities in the western part of the country.