Chelsea three points away from EPL Glory after 3-0 victory 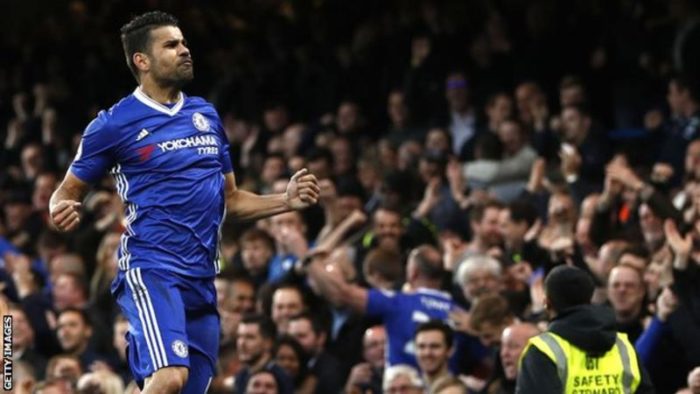 Chelsea moved to within one win of the Premier League title and confirmed Middlesbrough’s relegation with a consummate performance and emphatic victory at Stamford Bridge.

Antonio Conte’s side can become champions with victory against West Bromwich Albion at The Hawthorns on Friday night while Middlesbrough must contemplate a future back in the Championship after they were swept aside on Monday.

The Blues had already created a succession of chances before Diego Costa turned in man of the match Cesc Fabregas’ pass after 23 minutes.

And the contest was effectively over when Marcos Alonso scored at the far post via the legs of Middlesbrough keeper Brad Guzan 11 minutes before the break.