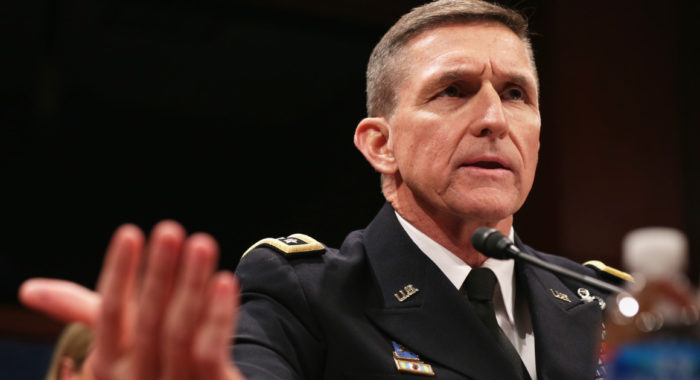 Mr Obama warned his successor less than 48 hours after the November election during a conversation in the Oval Office, former Obama officials said.

Mr Flynn’s contacts with a Russian envoy left him vulnerable to blackmail, a Senate panel heard on Monday.

He was fired in February for concealing the nature of these contacts.

Mr Flynn, a retired army lieutenant-general, misled the Trump administration about discussing US sanctions against Russia with the country’s envoy, Sergei Kislyak, before the inauguration.

White House press secretary Sean Spicer told the daily briefing on Monday: “It’s true that President Obama made it known that he wasn’t exactly a fan of General Flynn’s.”

But Mr Spicer said that should not come as a surprise “given that General Flynn had worked for President Obama [and] was an outspoken critic of President Obama’s shortcomings specifically as it related to his lack of strategy confronting Isis and other threats around that were facing America”.