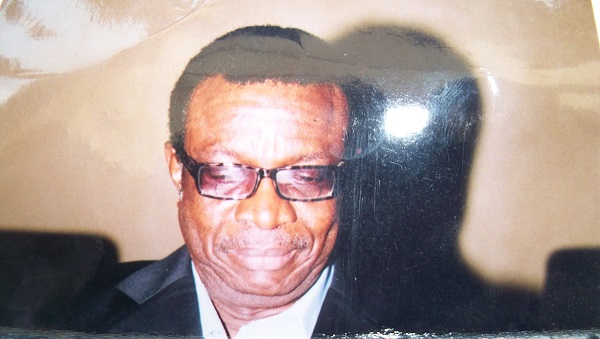 The Governing Council of Obafemi Awolowo University (OAU), Ile-Ife,  has announced the appointment  Prof. Eyitope Ogunbodede, a Professor of Oral Maxillofacial from Faculty of Dentistry as the new Vice-Chancellor of the University.

The Chairman of the Council, Dr Yemi Ogunbiyi, announced this in Ile-Ife on Monday.

The new vice-chancellor will steer the affairs of the university for non renewable term of five years.

According to him, the new vice-chancellor got 93 per cent in the selection process to beat Prof. Ayobami Salami, who scored 78 per cent and Prof. Bisi Aina got 73 per cent.

He said that 22 applicants initially applied, while 21 applicants were screened and interviewed for the position of the vice-chancellor.

Ogunbiyi pledged that under this present governing council, he would ensure that things would move forward.

In his response, the newly appointed vice-chancellor thanked God for His mercy during the period of selection and appreciated the governing council for the appointment.

Ogunbodede said that the selection was done transparently and followed due process and thanked members of staff for doggedness in the selection.

He solicited for the cooperation of all members of staff, saying, “ a tree cannot make a forest”.

The new vice-chancellor emphasised the need for unity of purpose in making the university a world class institution.

Mr Wole Odewumi, the Chairman of Non-Academic Staff Union (NASU) told the News Agency of Nigeria (NAN) that the process was“ transparent and acceptable”.

Odewumi described the atmosphere in which the announcement of Ogunbodede as “peaceful”.

He thanked almighty God for guiding the selection and lauded the governing council for the job well done.

Oketunde urged Ogunbodede to operate an open door policy in order to achieve his goals.