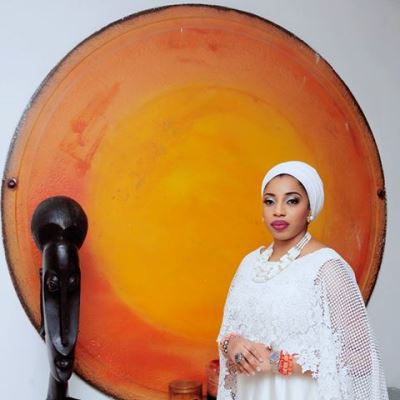 Olori Wuraola-Zynab Ogunwusi, Wife of the Ooni of Ife has called for support for victims of domestic violence.

Olori Wuraola who took to her social platform to lend her voice to the on-going fight against domestic violence in the society solicited for support from fellow women to reach out and give succour to those suffering from the trauma.

She explained that the menace has become so prevalent and should be nib in the bud.

She wrote, “Domestic abuse/emotional abuse/ violence against women have become so prevalent in our society these days.

“Decades ago it was okay for women to bear the burden and remain mute about the pains and effects of being victims. Not today.

“The veil has fallen off and the shame of what the world will think has been replaced with solidarity, empathy, and unity.

“Together we can all lend a helping hand and support our sisters, mothers, aunts, friends in saying ‘No’ to domestic violence and abuse.

“By remaining silent, we are doing a great disservice to victims and their families.