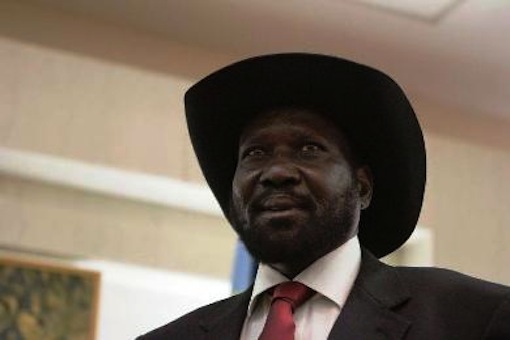 The ambush took place on a highway linking the capital Juba with the town of Bor, to its east.

South Sudan was plunged into military conflict when a split between President Salva Kiir and his former deputy Riek Machar escalated in December 2013.

Tens of thousands have been killed and 3.5 million were displaced.

The war started in December 2013 after Salva Kiir sacked his deputy and long-term rival Riek Machar, a member of the Nuer ethnic group.

Forces loyal to Kiir clashed with Nuer in the capital, triggering retaliatory attacks across the impoverished nation.

The surge of violence just over two years after South Sudan seceded from Sudan has fuelled Africa’s biggest cross-border refugee crisis since the 1994 Rwandan genocide.

It has also plunged districts into famine, nearly halved oil production and threatened to destabilise a volatile region.