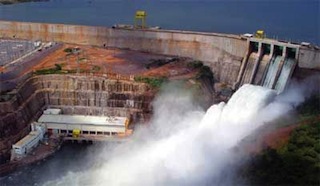 The Economic Commission for Africa (ECA) has called on African leaders to develop strong policies to promote faster and more inclusive growth through hydropower and other sources of renewable energy.

A statement on the commission’s website on Tuesday said that Mr Abdalla Hamdok, the Acting Executive Secretary of ECA, made the call at the opening of the 6th World Hydropower Congress in Addis Ababa.

Hamdok said that more than 600 million people in Africa have no access to electricity, and households continued to rely on traditional biomass for cooking.

He said that it was pertinent for Africa to tap into its vast renewable energy sources.

“With clear vision coupled with strong and coherent policy action to promote faster and more inclusive growth, the continent has the potential to take the lead in innovation, technologies and business models that utilise hydropower optimally and efficiently.’’

He, however, said that it was equally important for the continent to guard against negative impacts of hydropower development and pay close attention to climate resilience and social inclusion.

“This is mostly linked to growing concerns regarding hydropower sustainability, including the over-reliance on hydropower which could possibly compromise energy security in many countries, especially in the context of drought.

“I am glad to note that the agenda of this congress include items of environmental and social impact in the context of hydropower development,’’ he added.

Hamdok also said it was important to develop an integrated approach to the management of water for irrigation and energy production.

He disclosed that the ECA and the African Union Commission (AUC) were working closely with key stakeholders on some initiatives.

The initiatives, according to him, will help to promote low carbon energy development and innovative financing regimes for clean energy infrastructure projects.

This, he noted would support the implementation of the global Sustainable Development Goals (SDGs) Agenda and the Africa Union’s Agenda, 2063.

The statement also quoted the Ethiopian Prime Minister, Hailemariam Desalegn in his opening remarks as saying “development is unthinkable in the absence of adequate and affordable energy’’.

Desalegn said that Africa would not achieve the 17 SDGs of the 2030 Agenda for Sustainable Development without universal access to electricity.

“I would like to reiterate the need for collective efforts to mitigate the effects of climate change”, he said.

The Deputy Chairperson, AUC, Mr Quartey Kwesi said that the development and expansion of renewable energy provided one of the most effective strategies to simultaneously promote development.

Kwesi said that it would also enhance sustainable energy access and energy security, as well as climate change mitigation at global, continental and regional levels.

Liu Zhenya, the Chairman of the Global Energy Interconnection Development and Cooperation Organisation (GEIDCO) presented the concept of ‘global energy interconnection’ (GEI) as “the inevitable way out for clean and low-carbon energy transition.’’

“It is imperative for us to accelerate the green and low-carbon transition; the key to realising that is to bring forward a new energy supply system prioritised by clean energy development and power supply with large-scale optimal allocation of the GEI platform.

“Let’s work hand in hand for African energy interconnections with more communication and common consent, and make our due contribution to sustainable development,’’ he said.

“My message today is that achieving the SDGs will not be possible without breaking barriers and widening the scope of collaboration between all of our institutions.

“We must embrace the fact that one single technology will not resolve the challenges of our generation.

“We need more hydropower on the grid, as it plays a role as a flexible, sustainable generation source and we also need it to play the often unrecognised role of energy storage.”

The statement said that the congress seeks to build on a previous meeting held in 2015 in Beijing by bringing together leaders and experts.

This according to the statement is to examine how initiatives of governments, businesses, finance, Civil Society Organisations and academia could advance sustainable development.