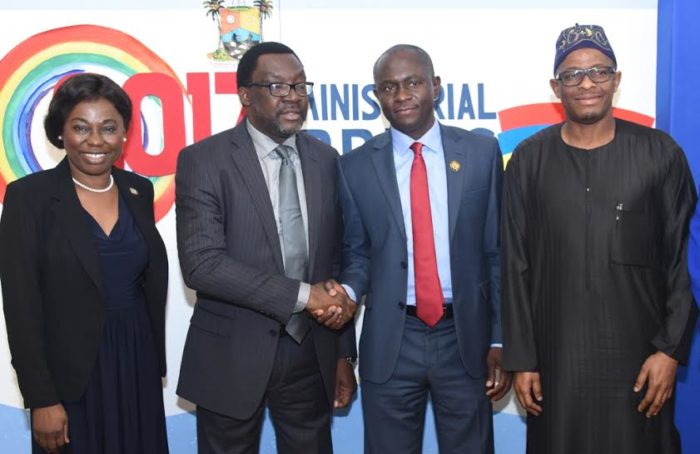 The Lagos State Government on Tuesday said it has concluded plans to enact a law to specifically criminalise and punish severely persons who engage in power theft and vandalisation, expressing optimism that it would go a long way to tackle the menace headlong.

Commissioner for Energy and Mineral Resources, Mr. Olawale Oluwo, who said this at the ongoing Ministerial press briefing to commemorate the second year in office of Governor Akinwunmi Ambode, in Alausa, Lagos, Southwest Nigeria, said the state government was worried that its efforts to ensure streets of Lagos are well lit was being threatened by vandals.

He said the government had noticed a trend where some electricity infrastructure were damaged by hit and run motorists, saying that such was detrimental to the quest of the State to ensure that every nook and cranny of the State is lit.

But he said the State Government was coming up with a law under its Embedded Power Initiative to protect public lighting infrastructures from such destruction and vandalisation.

“We have noticed this vandalisation in three ways. The first one is that by weekends, between Friday and Sunday, we see a lot of vehicles knock down our electricity poles and we suffer the consequences.

“So, we make sure that each time we apprehend them we make them to pay fines because we cannot prosecute them under a law that is not existing, so the Embedded Power Programme would come with its own Power Theft Law and we would try to embed this street lighting protection under it, so until the law, we cannot prosecute them, we can only continue to fine them to pay for the street light poles they knock down,” Oluwo said.

The commissioner also restated the commitment of the state government to meet its electricity needs and ensure regular power supply not only for industrial clusters, but also to residents of the State.

He said that beyond powering its own public facilities with the already established independent power plants delivering a combined 47.5 MW, the state government intended to stimulate investment through this initiative with the generation of 3000MW of power through accelerated deployment of embedded or distributed power plants in strategic locations within three to five years to drive the economy and bring additional electricity to millions of homes and businesses.

“The state government is therefore in partnership with major international and local industry key players in the power sector to provide a platform for uninterrupted power supply to its citizenry. The Lagos State Government, in collaboration with the private sector, is using the strength of its balance sheet to guarantee the deployment of off-grid modular plants of between 20MW to 100MW strategically spread within clusters close to reliable sustainable sources of electricity and power evacuation substation for the exclusive benefit of Lagos residents.

“Solar energy project is another initiative by the Lagos State Government, focused on implementing power solutions for public facilities. This project aim at delivering a total of 4.59 MV of sustainable power to rural, riverine and public boarding secondary schools, 172 of them and 11 primary health centres located within the rural areas in Ikorodu, Badagry, Epe and Ibeju-Lekki,” he said.

He said in the year under review, the government through its “Light up Lagos” Initiative, achieved 500km of streetlight installations in its bid to light up the nooks and crannies of the State, while over 100km length of street lighting installations are on-going at various locations.

“In a bold step, the state government has taken over and adopted the management of all street lights within Lagos irrespective of legacy ownership. In this instance, street lights hitherto controlled by Local Government, Ministry of Works and Infrastructures, LAMATA and those of Federal Agencies like FERMA and FAAN are now under the management of Lagos State Government. The essence is to ensure uniformity of standard, excellent service delivery and provision of a more holistic and sustainable approach to monitoring and maintaining of the installations.