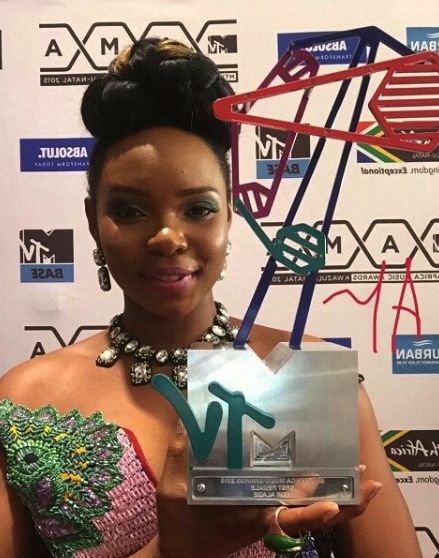 According to the M-net West Africa team, 2Baba has left the show to pursue other commitments which has prompted the need for a new coach.

The second season which kicks off in a couple of weeks will have Alade join Patrick Okorie (Patoranking), Aituaje Iruobe (Waje) and Timi Dakolo who will reprise their roles as coaches.

The coaches critique contestants’ performances and guide their teams of selected artistes through the remainder of the season whilst also competing to ensure that their act wins the competition.

The winner from the 17 episode show this year would earn a recording contract with Universal Music Group, an SUV car worth N7 million and a trip to Abu Dhabi.

Last season which was the first season of the franchise in Nigeria, 28-year-old Stage actress Agharese Emokpae popularly known as A’rese emerged winner.

Auditions for the second season of The Voice Nigeria recently held across Nigeria in Abuja, Lagos, Port Harcourt and Enugu, and preparations are in top gear for the show’s return to television.