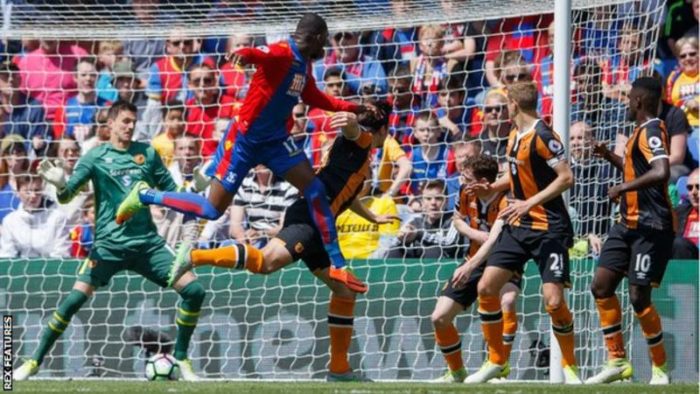 Hull City were relegated from the Premier League with one game to go after a heavy defeat at Crystal Palace, a result which secures top-flight survival for Sam Allardyce’s team.

Marco Silva’s side went behind after a shocking error just two minutes and 11 seconds into a game they needed to win to give themselves a fighting chance of survival.

The Tigers, who failed to register a shot on target on Sunday, will join Sunderland and Middlesbrough in the Championship next season.

This result also means Swansea City, who were bottom of the table and four points from safety at the start of 2017, stay up.