Bishop urges arms of government to work together 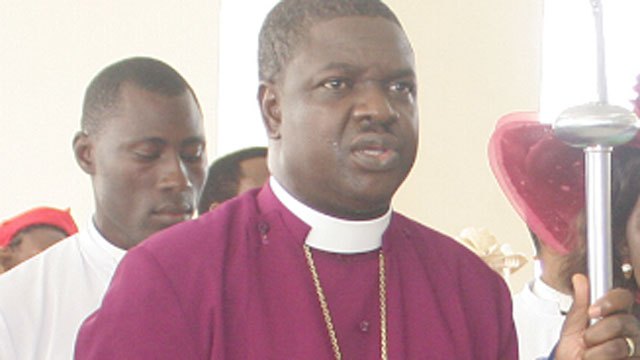 The Rt. Revd. James Odedeji, the Bishop of Diocese of Lagos West, Church of Nigeria (Anglican Communion), on Friday said the three arms of government must be ready to work together in unison to save the nation from collapse.

Odedeji said this in his address at the formal opening of the 3rd Session of the 6th Synod of the Diocese held at Archbishop Vining Memorial Church Cathedral, Ikeja, Lagos.

The bishop advised the executive and the legislature to close ranks in order to have a smooth working relationship and move the nation forward.

He said that while the nation deserved commendation for having 18 years of uninterrupted democracy, there was the need to do better in many areas.

Odedeji said it was important to consider how the country was faring in terms of economy, education, social and judiciary aspects, to mention few areas.

In the area of security, he urged the government to intensify the war against kidnappers.

He, however, commended the Lagos State Government for the progress being recorded on rehabilitation of roads.

Speaking on the church, Odedeji reiterated at the event that the Church of Nigeria Lagos West Diocese is saying “No to same-sex marriage.’’

The bishop recalled that in the last one year, 15 new churches were dedicated, adding that both old and young members of the church were “now conscious of the need to make heaven’’.

“Attention must be given to youths to appreciate our good heritage.

“The Triumphant Convocation has received the blessing of everybody. The Jesus Festival was well attended by more than 10,000 people,’’ Odedeji said.

He urged parishioners to ensure that the contributory pension scheme and monthly token of priests are paid promptly.

According to him, 30 priests were preferred as Archdeacons and 24 canons were also produced in the period.

The bishop said the 450 en-suite rooms hostel at the City of God, Ipaja is near completion.

He said that a new Dean, Ven. Adegoke Agara was appointed for the diocese, and his investiture took place on Sunday, Feb. 20, 2017.

Mrs Lola Akande, Commissioner for Women Affairs and Poverty Alleviation, who represented Gov. Akinwunmi Ambode, said the relationship between the Church and the state government had been very cordial.

Ambode said the state government was committed to the completion of more infrastructure projects in line with its promise to make life comfortable for the people.

“We remain committed to our dream of a modern state and a modern city,’’ he said.