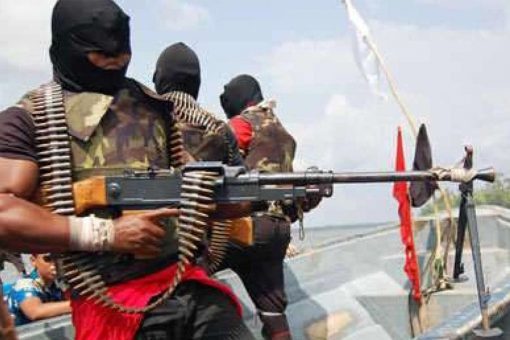 Six students of Igbonla Model college in Epe have been abducted.

The case was presented to the House of Representatives by the member representing Epe Constituency, Wale Raji on Thursday.
He appealed to the House to call on the Inspector-General of Police, Ibrahim Idris and the Commissioner of Police in Lagos State, to treat the case with utmost urgency.

The House suspended other proceedings to attend to the matter and asked the police to mobilise and rescue the principals and students, PUNCH reports.

This is the second time kidnappers will be attacking the school.

In October 2016, two teachers and four students of the college were abducted by gunmen who demanded N20 million per head as ransom.

They were released after the ransom was paid.

Read Senator Gbenga Ashafa’s statement on the abduction which was read on the floor of the Senate this morning:

My attention has been drawn to the attack on the Lagos State Model Secondary School Igbonla, Epe this morning by Suspected militants, who kidnapped another 6 of our dear students from their school.

My heart is heavy as I commiserate with the parents, staff and students of Lagos State Model Secondary School In Igbonla, Epe. This is particularly so, considering the fact that this is the Second time that this incidence is happening in the same school.

I have been in touch with the School through my constituency office and I am aware that the Lagos State Government, ably led by His Excellency, Governor Akinwunmi Ambode is working assiduously with the Security Agencies to ensure that the students are recovered safely in record time while also securing the perimeters of the school in order to guarantee the safety of the remaining students.

I am confident that His Excellency, Governor Akinwunmi Ambode and indeed the entire Lagos State Government will do all it takes to ensure the safe return of our students while developing a lasting solution to the recurring incidence of kidnapping in our schools around Lagos.

On our part, we have consistently interfaced with the security agencies on the issue of security within our Senatorial district. We have also been able to assist some of the schools in the district, including the Lagos State Model Secondary School Igbonla, Epe with security gadgets to aide the internal security of the school. Also, just in April, the Nigerian Senate called on the Nigerian Police Force and other relevant security agencies to immediately secure the area with Gunboats and aerial surveillance in order to curtail the activities of these militants, pursuant to a motion sponsored in the Senate by my humble self.

In the interim, I urge the residents of Epe and the staff and students of Lagos State Model Secondary School In Igbonla, to remain security conscious while assisting the Security agencies with relevant information that would assist in the recovery effort. I also urge the parents of the other students who are currently in school not to panic as the State Government together with the Security agencies would do all it takes to protect the school from any future incidents of this nature. We are with you on this.