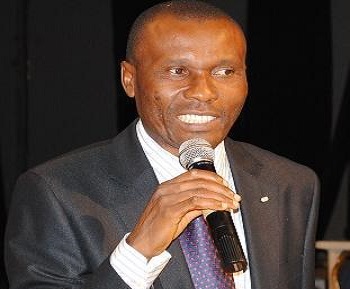 The Federal Government on Tuesday called for greater collaboration among all stakeholders in the Niger Delta region to ensure the development of the region.

The Minister of Niger Delta Affairs, Pastor Uguru Usani, made the call at a peace meeting with stakeholders organised by the ministry in Abuja.

Usani explained that many organisations and Development Partners are working in the region without involving the state governors.

According to him, it is the dream of the ministry to get every relevant agencies and stakeholders involved in the affairs of the region.

He explained that the collaboration was imperative in the development of the region to prevent duplication of projects and duties.

“In doing this, the ministry has the mission to formulate and execute plans, programmes and other initiatives as well as coordinate the activities of the agencies,” he said

The minister said that the region has been bedevilled by security challenges arising from gap in job creation, poverty, hunger, environmental degradation, neglect and perceived discrimination.

“We are gathered here today to deliberate and chart a new course that will ensure relative peace and development in the region.

“Government is desirous of dialogue with stakeholders on a way forward as the expectation on development issues in the region will be thrown up and comprehensively addressed,” he said.

Usani disclosed that the Ministry has re-structured key departments such as Community Development and Education, Housing and Urban Development, Infrastructure Development; and Economic Empowerment.

This was part of the decisions reached at a closed door meeting involving the Minister, Gov. Seriake Dickson of Bayelsa State, the Coordinator, Presidential Amnesty Programme (Rtd), Brig,-Gen. Paul Boroh.

Among others present at the meeting were the Managing Director, Niger Delta Development Commission, Mr Ekere Nsima, and representatives of the oil companies.

Briefing newsman at the end of the meeting in the Ministry, Gov. Dickson said that President Muhammadu Buhari-led administration could get better and do better in the level of attention being paid to the Niger Delta region.

“We expect greater collaboration in terms of security, we shouldn’t expect politicisation of security and all of us as Nigerian leaders need to work together to serve the people.

“We all can serve the people for which we are elected and work together in the critical area of security and development beyond the call of politics.

Boroh, in his remarks, reaffirmed the readiness and determination of the President Buhari’s administration to find a permanent solution to the problems of the region.

He said that the meeting was very fruitful, saying that a lot of other decisions that will address the challenges of the region were reached.

He said: “One thing we identified which is the synergy between the Federal Government and the States which is very important and this meeting has raised a lot of issues.

“We believe that the collaboration will help us to tackle issues in the Niger Delta region.

“We were briefed by the Minister, and the governors also have their own perspectives along with the oil companies.

“We have taken a lot of decisions which will help us mitigate what is going on currently in the region,” he said.

Boroh, who doubles as the Special Adviser to the President on Niger Delta Affairs, said that the current administration deserved cooperation and support for appreciating the environmental challenges of the region.

He disclosed that the ex-militants in the region were trained on fish farming, snail farming among others by National Biotechnology Resource Centre, as parts of Federal Government’s efforts to gainfully engage them.

The News Agency of Nigeria (NAN) recalls that the ministry is collaborating with key national and international groups to boost employment, infrastructure, development, peace and stability in the region.