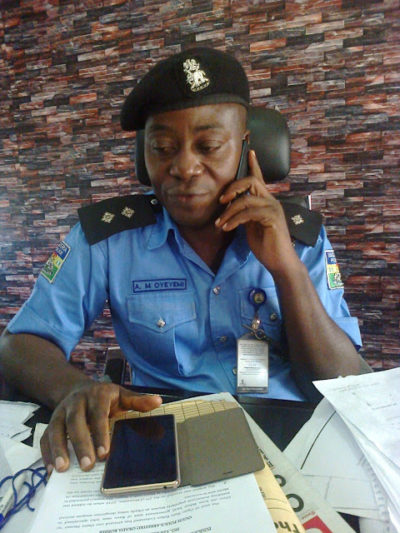 An officer attached to the Special Anti-Robbery Squad (SARS) in Ogun has been confirmed dead while four of his colleagues sustained injuries in an accident at Showo village on the Abeokuta-Sagamu expressway.

Akinbiyi explained that the accident, which happened around 1:25 p.m. on Tuesday, involved a Honda CRV marked LSD 191 ET and a truck.

The TRACE spokesperson said that the truck was trying to make an illegal U-turn to Sagamu without indicator lights when the car rammed into it from the rear.

He said the car had five occupants who were made up of four male and one female SARS officers.

Akinbiyi said only the driver of the car died while all the victims had been taken to the Federal Medical Centre, Idi-Aba, Abeokuta.

Mr Abimbola Oyeyemi, the Police Public Relations Officer in Ogun, also confirmed the accident, saying the officers were returning from Sagamu where they had gone for a court proceeding.