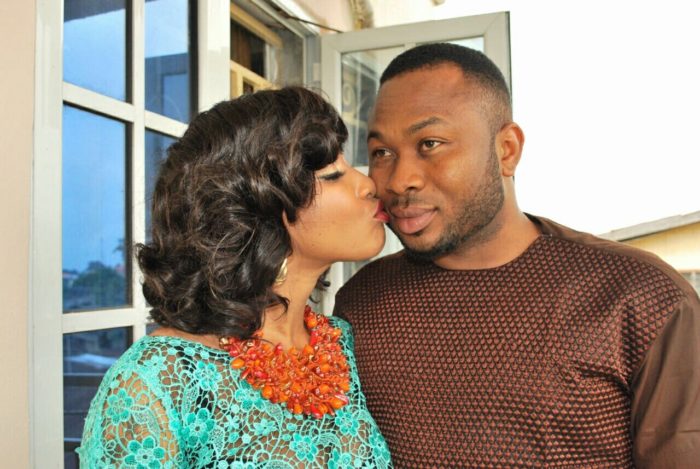 The traditional marriage between Nollywood actress Tonto Dikeh and Olakunle Churchill has been officially annulled as both families met recently in that regard. 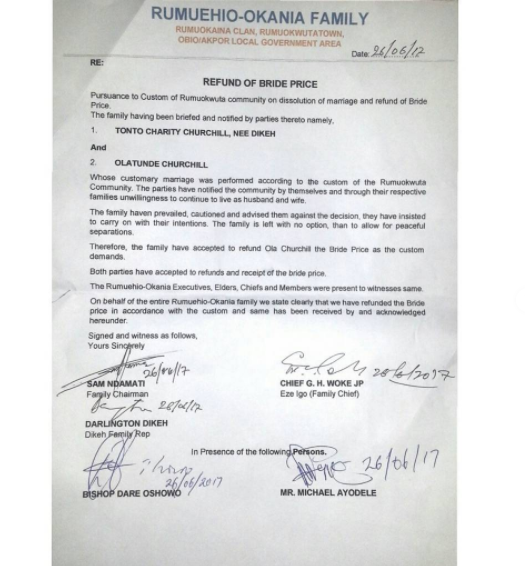 Tonto and Olakunle’s marriage broke down amidst allegations of domestic violence, drug abuse, among others.

In a video of the event posted by Media Room Hub, Tonto’s father Sunny Dikeh received Olakunle’s uncle Bishop Dare in Port Harcourt, and confirmed that Olakunle carried out all the necessary requirements before getting married to his daughter.

He thereafter refunded the Bride Price, signalling the dissolution of the marriage traditionally.