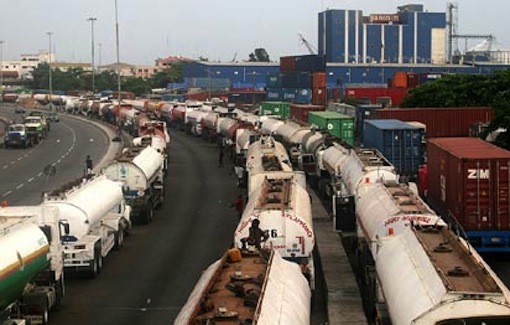 The National Association of Road Transport Owners (NARTO) has supported calls for the establishment of the Truck Transit Parks (TTPs), to reduce fatigue and accidents for long-distance truck drivers in the country.

The National President of NARTO, Dr Kassim Bataiya, made the call in Abuja on Wednesday at a two-day National Summit on the Establishment, Management and Operations of Truck Transit Parks in the country. Bataiya, who was represented by the Executive Secretary of the Association, Mr Aloga Ogbogo, said that if the TTPs were established, they would improve efficiency in haulage and increase returns on investment in the trucking business.

He also added that if the TTPs were established, they would improve efficiency in haulage and increase returns on investment in the trucking business.

“The establishment of the TTPs will reduce man-hours spent in gridlock and in sourcing for cargoes by both dry and wet cargo truck owners.

“It will also improve the security of trucks and prolong the lives of drivers, as well as reduce the exposure of trucks to hijacks, robberies and extortions.

“With the cement factories, fertiliser cargo, farm produce and other factory products, we should be talking about an average of 150,000 trucks charting the length and breadth of the country daily.

“This number is expected to grow by the time the country is out of the current recession,’’ Bataiya said.

He said that investment opportunities would also become massive if the idea of developing the TTPs is executed. as planned.

According to him, the initiative by the former Governor of Lagos State, Bola Tinubu, to develop a truck terminal at Orile Iganmu, Lagos and another at Ogere in Ogun, would give a picture of the potential and investment opportunities in the planned TTPs.

The NARTO president also commended the efforts of the Federal Government toward revamping the nation’s rail system.

Bataiya urged the government to extend the dredging of the Rivers Niger and Benue, up to the Republic of Cameroun, saying that it would make the rivers navigable by barges and smaller vessels.

He said that the planned TTPs would also promote other transport modes which would also boost efficiency, competitiveness, safety and enhance service delivery in the nation’s transport sector.