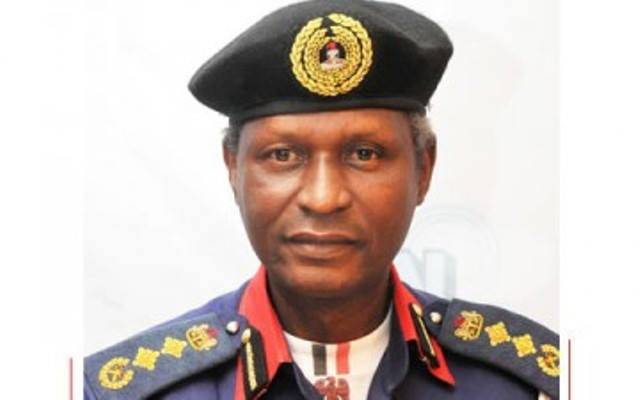 The Nigeria Security and Civil Defence Corps (NSCDC) in Borno has warned cell phone dealers in the state against buying and selling stolen property.

The Commandant of the Corps, Alhaji Ibrahim Abdullahi, gave the warning when members of the Borno Information Technology Habitant Cooperative Society, paid him a courtesy visit on Wednesday in Maiduguri.

Abdullahi decried the spate of phone thefts within the state, saying the development was a source of concern to the command.

He said that the command had recently apprehended two suspects while trying to sell some stolen devices at the GSM village, Maiduguri.

He said the suspects had on July 17 burgled a residential home in the metropolis and carted away a customised computer and a cell phone.

The commandant said that the stolen devices belonged to an expatriate working with one of the Aid agencies in the state.

“The complainant claimed that the suspects carted away a computer, a cell phone, N25, 000 and other valuables.

He said the suspects would soon be arraigned in court as soon as the investigation was concluded.

“Our major concern is how to deal with bad elements among you, who indulge in buying and selling stolen property, particularly cell phones and laptop computers.

“Phone theft is rampant, the trend is disturbing, and it must be checked, “he said.

Abdullahi reiterated the readiness of the command to work toward protecting lives and property.

The commandant sought the cooperation of the Association to enable the corps to discharge its duties effectively.

Malam Hassan Yakubu, the Chairman of the association, lauded the command over its efforts at enhancing security in the state.

Yakubu said the association had apprehended five persons in connection with stolen phones and had handed them over to security agents for investigation and possible prosecution.

He called on the command to deploy additional personnel to enhance security at the GSM market.