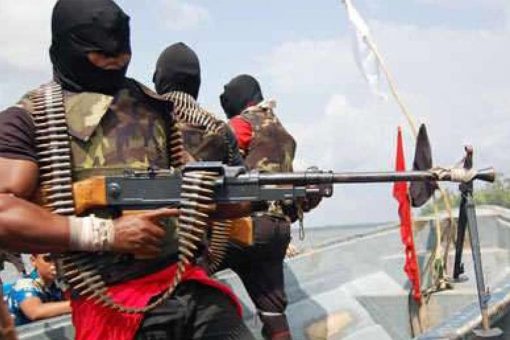 This is the second attack to occur in the Niger Delta region this week.

According to the deputy commander of the JTF, Brigadier-General Kevin Aligbe, four militants were killed while one civilian JTF member died in the attack.

He recalled that on July 13, troops deployed to Ogboubagbene community in Bomadi local government area of Delta State were similarly attacked, resulting in the death of one soldier.

According to the deputy commander, an operative of the Nigerian Security and Civil Defence Corps as well as a policeman, who are members of the task force, were wounded in the attack.

He said that the militants carted away some military hardware during the attack, but that JTF troops were trailing the suspects.

The JTF chief warned the communities to refrain from shielding or harboring militants and criminals.

He enjoined residents of Ogboubagbene community to reveal the identities of the criminals, vowing that they would be apprehended and brought to justice.

Mr. Aligbe dismissed reports by the Ijaw Youth Council, he Civil Liberties Organisation, and other Niger Delta stakeholders that the military invaded the communities, molested innocent people and destroyed property.

He said that the ongoing efforts to track down those behind attacks and other criminal activities were within the rules of engagement and operating procedures of the task force.

“Following the malicious and unsubstantiated reports, I and other component commanders of the JTF and the paramount ruler of the community, Chief Godspower Oporomo, Pere of Kerebiri, and chiefs from 10 communities visited the sites they said had been razed by troops.

“We found the entire communities to be in a calm and peaceful state while the residents were seen going about their normal activities. The reports were false,” Mr. Aligbe said.

He applauded residents of the Niger Delta for their support to the task force, urging them to sustain the support.

The deputy commander also told the residents to assist the task force with timely information that would assist them in ridding the region of criminality and violence.