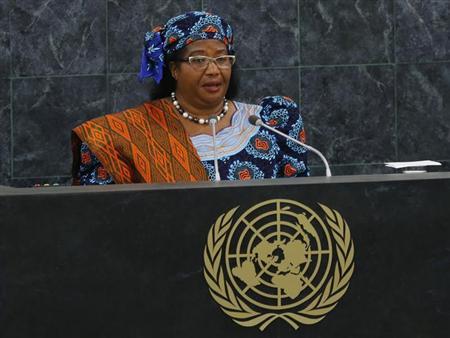 The police on Tuesday issued an arrest warrant for former President Joyce Banda over alleged abuse of office and money laundering offences over a two-year period when she was in office.

National police spokesman James Kadadzera said the alleged offences were part of a wider corruption scandal uncovered in 2013, in which senior government office siphoned millions of dollars from state coffers.

Investigations by police’s fiscal and fraud department had “unearthed credible evidence” against Banda, he said.

“The evidence gathered raises reasonable suspicion that the former President committed offences related to abuse of office and money laundering.

“The warrant of arrest is in force and necessary legal formalities are being pursued,” Kadadzera said in a statement.

Banda, who was Malawi’s president for two years from 2012, left the country when she lost in elections to incumbent Peter Mutharika and has not returned since 2014.

It is not clear where she is now.

Banda’s spokesman Andekuche Chanthunya said he was not aware of the arrest summons, but said the former president was not guilty of anything.

“As far as we are concerned she has not done anything wrong,” he said.

A former justice minister and attorney general was convicted over “cashgate” and is in jail, along with a number of former high-ranking government officials and business persons.