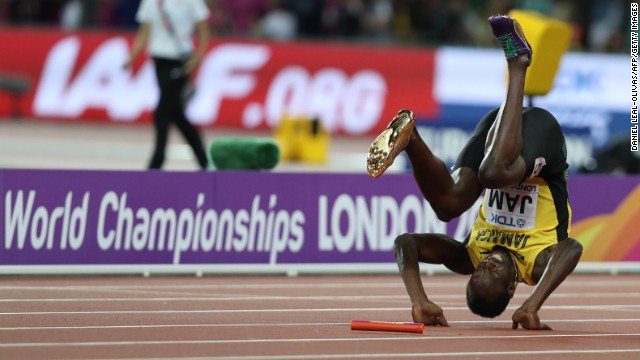 Usain Bolt’s career on the track ended in disappointment on Saturday, as the athletics star pulled up with an injury during the 4×100-meters final at the 2017 IAAF World Championships in London.

NBC Olympics shared this image of the 30-year-old, as he failed to finish the race: 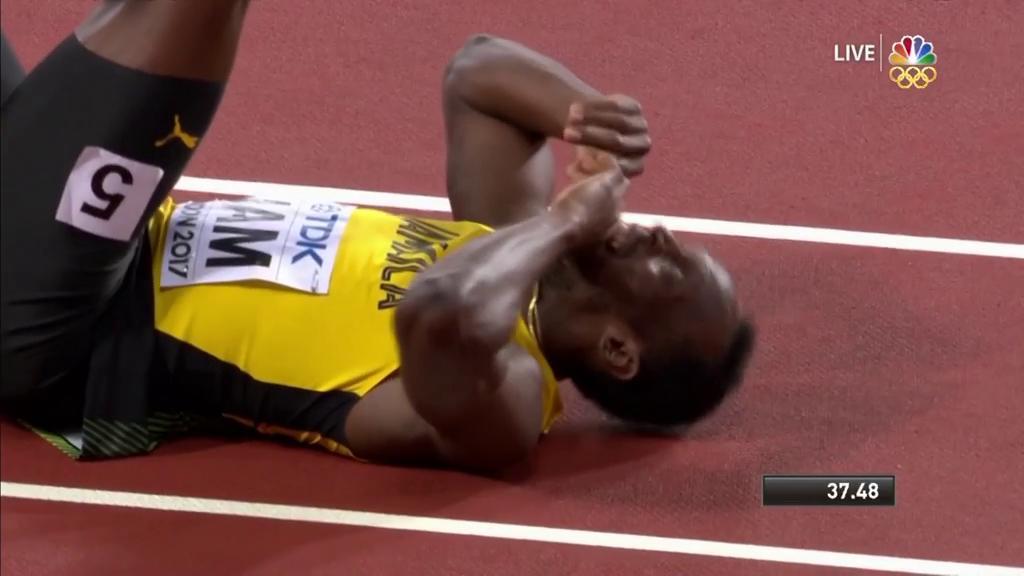 Hosts Great Britain took the gold medal with a time of 37.47 seconds.

Bolt was already chasing the British and American teams when he started the final leg of the race, and he didn’t even come close to the finish line before pulling up.

As FloTrack shared, he did eventually cross the finish line: 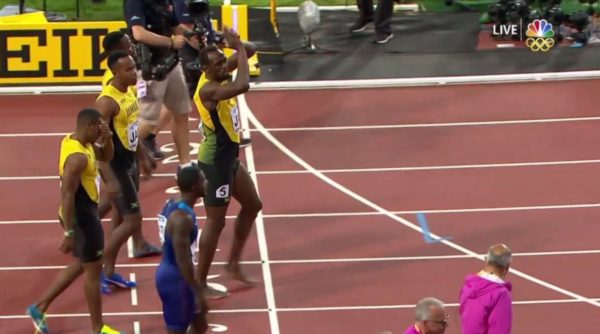 Jamaica started with Yohan Blake in third and Bolt as the final man, while the USA opted for Christian Coleman as their final runner, with Justin Gatlin taking the second leg. The Americans were seen as the favourites, with Bolt showing signs of weakness in the individual 100 meters and most expecting him to start his leg with a large deficit.

The race played out exactly like that, although the Brits came out of nowhere to snatch the gold from the Americans. But by the time the hosts finished, many of the fans in London had their eyes fixed further back.

The hugely popular Bolt was given a standing ovation after the individual 100-meters final, when a bitterly disappointed crowd watched as Gatlin took the gold. Saturday’s reaction was more mixed, with many noting the incredible achievement by the hosts, including MP Jess Phillips:

Bolt will end his career on the track with 11 World Championships gold medals. The USA took silver, while Japan grabbed the bronze. For Great Britain, it’s their first gold medal in the 4×100-meters relay, with Jamaica winning the last four editions.