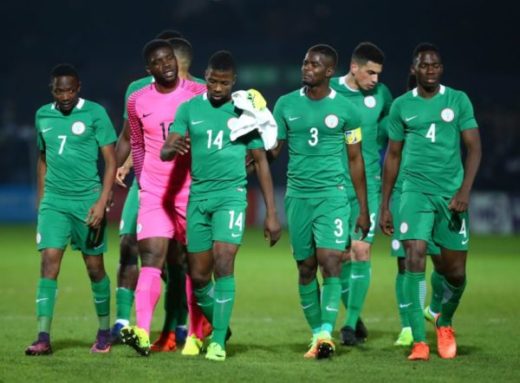 Stephen Odey scored the only goal of the game in the 14th minute.‎‎

The News Agency of Nigeria (NAN) reports that the Nigeria and Benin match would be played on Saturday at the Sani Abacha Stadium, Kano.‎

NAN also reports that Gov. Abdullahi Ganduje of Kano, his Deputy, Prof. Hafiz Abubakar, members of Executive Council and state Assembly members were among dignitaries that watched the match.‎

Pascal Patrick, the team coordinator, later told NAN that the encounter was a good match, adding that the players would perform well in the qualifiers and qualify for CHAN 2018 in Kenya.‎

‎He said that the Super Eagles players are gradually picking up and were working for a win in their encounter on Saturday.

Ganduje also distributed jerseys, boots and balls ‎to 1,206 local clubs in the state after the match to boost grassroots sport.