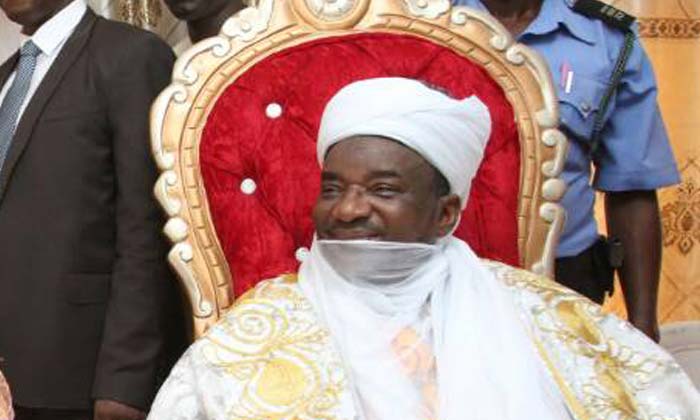 The Emir of Kaura Namoda, Zamfara, Alhaji Muhammad Asha, has commended the federal and state governments for their quick response that led to the containment of the outbreak of Cerebrospinal Meningitis (CSM) in the country.

Asha made the commendation in Kaura Namoda, Zamfara, during an assessment tour by officials of Nigeria Centre for Disease Control to CSM affected areas.

He said that the Governor of Zamfara, Alhaji Abdulaziz Abubakar, appointed and mobilised committees in each emirate council to help in combating the disease.

“We were given money to buy drugs, mattresses and other materials to provide for the hospitals, the committee was divided into three and each group had its own chairman.

“Each committee was well equipped and I played the role I was expected to play by enlightening them to ensure they had adequate ventilation and ways of preventing CSM.

“The WHO representative came and went round the facilities to see the patients that were on admission and ensured that they got adequate treatment.

“The minister of health also came to visit, we went round with him to visit the hospitals and he promised to provide a federal clinic in the emirate council,” he said.

Yusuf said that out of the number, 15 died, five were referred to other facilities for further investigation and treatment and 272 survived.

He said that during the outbreak, the facility could only treat those that manifested the symptoms of the disease because it lacked the equipment or laboratory to carry out tests.

”When they came presenting headache, neck stiffness, vomiting, body pain and fever, we administered the treatment for CSM as no sample was taken to the lab until NCDC officials came and taught us how to test for CSM.

“We lacked enough staff to render services during the outbreak, we really need manpower.

“The district head instructed the relatives of patients to take them to the isolation centres created during the outbreak and not to the hospital to avoid infecting others,” he said.

Yusuf, however, noted that the state government provided interventions, including drugs and public enlightenment on the disease.

Malam Mustapha Madaro, who lost five relatives in the outbreak, expressed sadness over the deaths and blamed the situation on the lack of exposure and inadequate health care providers.

Madaro said that the healthcare providers did their best but that he lost three children belonging to his relation on the first day and two others two days later.

“The father of the children was in Abuja then but he called me and I quickly went to the house and rushed the children to the hospital.

“The mother of the children informed the husband, who was away and he called me because I take care of his family in his absence.

“I bought all the drugs prescribed by the health worker but they did not have the CSM vaccine in the facility at that time.”

Madaro called on the government to improve the health facility in the community and not to wait for outbreaks before acting.

He noted that if effective steps were taken on time the situation could be salvaged.

Mayana Abubakar, the father of two survivors, said that his children survived as a result of the treatment they received.

Abubakar explained that initially when the children fell ill, he quickly treated them for malaria but when it persisted, he rushed them to the hospital and after the treatment, they got better.