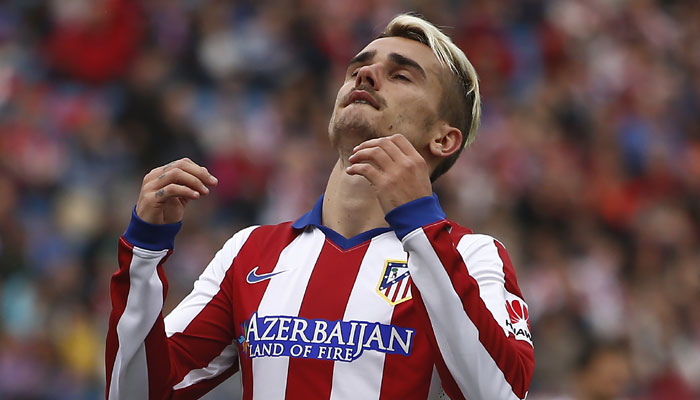 Atletico Madrid brushed off Antoine Griezmann’s sending off to fight back from 2-0 down and stop newly promoted Girona winning on their La Liga debut.

Former Middlesbrough forward Cristhian Stuani scored two headers in the space of three minutes midway through the first half to put the Catalans ahead.

Atletico striker Griezmann was sent off shortly after the hour mark, given a yellow card for diving and another for dissent after contesting the decision.

Substitute Angel Correa gave a lifeline to the visitors with a thumping 18-yard drive after a solo run.

It was a harsh lesson for the home side, who were promoted to the Spanish top-flight for the first time in their 87-year history last season, as they switched off defensively following a substitution.

Kayode was one of five on-loan City players in Girona’s matchday squad, with the English side’s parent company City Football Group reported to be close to buying a majority stake in the club.

A minute’s silence is being held before all games on the opening weekend of the Spanish top-flight season in tribute to those killed and injured in the attacks in the country’s Catalonia region.