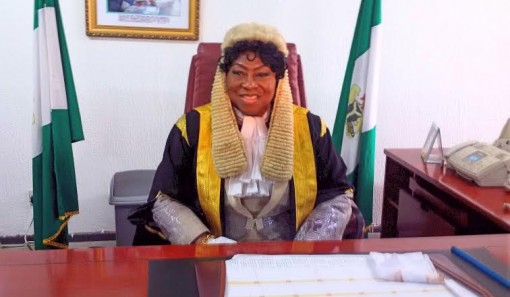 Edo State House of Assembly (EDHA) has issued a two-day ultimatum to the former Deputy Speaker of the House, Mrs Elizabeth Ativie, to return her official vehicles to the House or face legal action.

This was contained in a letter addressed to the Counsel to the former Deputy Speaker, Olayiwola Afolabi & Co.

Ativie had in an earlier letter, through her counsel, informed the House that the vehicles were given to her as gift by the immediate past governor of the state, Mr Adams Oshionmhole.

The demand for the vehicles followed the recent impeachment of the leadership of the House.

The leadership change saw the emergence of Mr Kabiru Adjoto, as the new speaker and Victor Edoro, Esan Central, as the deputy speaker.

The clerk of the House, Mr James Omoataman, who signed the letter said the House had scrutinised the allocation letter which she claimed conveyed approval to her to retain the vehicles.

“We have compared the signature of the esteem former governor on the said letter and found it is not genuine and we hope your client is aware of the consequences of parading such document.

“As your client will recall the said vehicles were purchased for the use of the office of the Speaker when your client occupied the office.

“Consequently, when she became the Deputy Speaker, the official vehicles were left with her office whilst alternative arrangement were made for the office of the Speaker.

“Accordingly, I hereby reiterate my instruction and demand your client’s immediate return of the vehicles attached to the office of the Deputy Speaker which are still in her possession.

“Finally, if your client maintains that she indeed sold one of the vehicles, the Lexus Jeep 2016 model, then we expect that your client will furnish us with the details of sales.”

He gave the ex-deputy speaker a deadline of two days, from the date of receipt of the letter within which to comply with the demands of the house.

“Failure to do so will attract the necessary legal action, both civil and criminal against your client,” it stated.