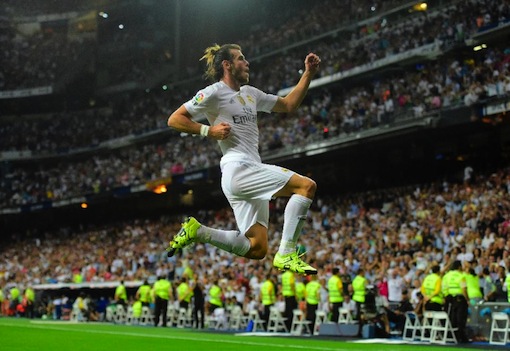 Real Madrid begin their La Liga campaign with an emphatic 3-0 victory away at Deportivo La Coruna on Sunday.

Madrid, playing without their inspirational playmaker, Ronaldo got into the lead on 20 minutes after Karim Benzema simply tap on the ball to Gareth Bale to score his season opener.

Marcelo gathers on the left of the box and has so much time. Under no pressure, he drops a shoulder and drills across goal, past three static defenders, for Casemiro to tap in from five yards out.

Toni Kroos scored a sublime goal on 62 minutes to make it 3-0 for Madrid.

Madrid’s goal keeper, Navas saved a penalty on 90th minutes to deny La Coruna a goal and ensured that the club sits at the top of La Liga ahead of Barcelona on goal difference.

But Sagio Ramos got a red card after two yellow cards and will miss Madrid’s next game.