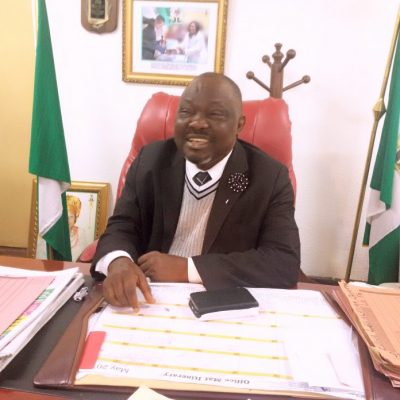 Edo State House of Assembly has lifted the suspension of its former Speaker, Justin Okonoboh, and the Majority Leader, Foly Ogedengbe.

The lifting of the suspension on the former principal officers of the House, followed recommendations of an ad hoc committee which had the new Deputy Speaker, Mr. Victor Edoror, as Chairman.

The committee however, said that the suspension of the embattled former Deputy Speaker, Mrs. Elizabeth Ativie, and the member representing Esan North-East II, Mr. Magnus Ezehi-Igbas​, who were also suspended by the House would remain​, until they showed sign of cooperation with the committee.

It would be recalled that the three principal officers of the House, Okonoboh (Igueben Constituency), Ativie (Uhunmwonde) and Ogedegbe (Owan East), were impeached last Monday by 19 members of the House for alleged gross misconduct.

The impeached members were also suspended for three months, pending the outcome of an investigation by an ad hoc committee.

The member representing Akoko Edo I, Mr. Kabiru Adjoto, was thereafter elected as the new Speaker.

Explaining why the suspension was lifted during plenary on Monday, the chairman of the committee, Mr. Edoror, explained that the former Speaker and Majority Leader were “seemingly cooperative” with investigations while Ativie and Igbas allegedly showed no respect to the committee and the House as at the time of submitting its preliminary report.

Edoror​ also disclosed that some of the properties of the House had been returned by the two suspended members.

“Consequently, the suspension of the members, Okonoboh and Ogedengbe, is hereby lifted, while Ativie and Igbas remain suspended,” Adjoto said shortly after the resolution was passed on Monday.

Meanwhile, the Assembly has reconstituted its Principal Officers’ Council and 23 House Committees.