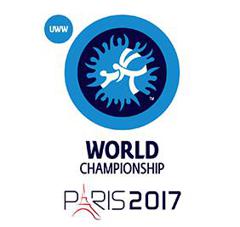 Nigeria’s contingent to the World Wrestling Championships in Paris, France, are experiencing flight delay in Lagos, leaving the country’s participation in the competition which started on Monday in doubt.

The country’s wrestlers, Odunayo Adekuoroye, Aminat Adeniyi and Blessing Oburududu are supposed to compete on Aug. 23, while their weigh in is on Tuesday afternoon.

The President, Nigeria Wrestling Federation, Daniel Igali, on the telephone from Paris, said that when the wrestlers got to the airport in the early hours of Monday, they were told that Air Maroc has a defective aircraft on Sunday.

He said the aircraft because it was small only picked a few passengers for Sunday, leaving those for 4 a.m. flight on Monday stranded.

“As I speak to you, our athletes are stranded in Lagos. Air France and Lufthansa are almost N1 million to get another booking for each of them.

Igali said that Daniel Amas, Emmanuel John and Mercy Genesis are fine because they aren’t competing till Thursday and Saturday.

“All Africa Games gold medalist, Genesis, will wrestle on Thursday, while Amas and John will be on the mat on Aug. 26 which is on a Saturday.

“Adekuoroye, Adeniyi and Oborududu need to get there today or by noon latest tomorrow. This is so stressful and we didn’t bargain for it,’’ said the Olympian.

The Bayelsa House of Assembly member, expressed disappointment in the manner the wrestling team was treated.

“I am very disappointed in the shenanigans of Air Maroc and wondered if they will not have made space on the flight for Moroccan athletes going to a world championship,’’ he said.

The competition ends on Aug. 26.