Dieziani loses another set of properties worth N2.6billion to Federal Govt 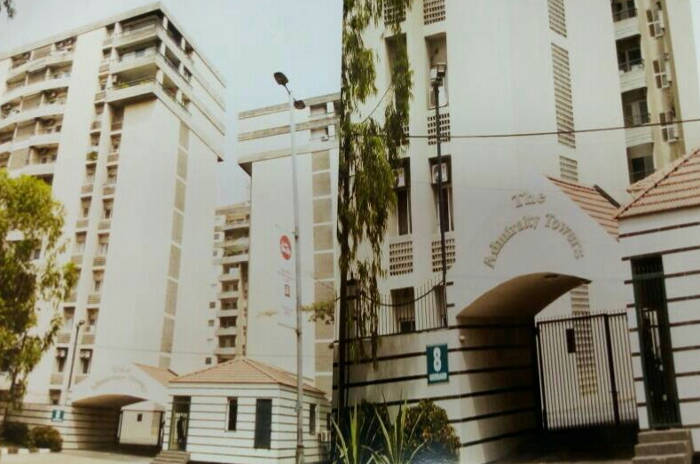 There is no end yet to the season of forfeiture as a Federal High Court, sitting in Lagos, south west Nigeria, today, ordered temporary forfeiture of four buildings scattered across Lagos, River States, and Abuja, valued at about N2. 611, 592, 199 billion, linked to the former Minister of Petroleum, Diezani Allison-Madueke and her associates to the Federal Government of Nigeria, for being proceeds of unlawful activities .

The order of the court was sequel to an Ex-parte application number FHC/L/CS/1279/17, filed and argued before the court by the lawyer to the Economic and Financial Crimes Commission (EFCC), Mr. Anselm Ozioko.

In an affidavit attached with the Ex-parte application, sworn to by Sambo Muazu Mayana, an investigator with the Agency,the Deponent averred that sometimes in the year 2016, an intelligence report was received against both Diezani and Amamgbo, and upon analysing the intelligence report, a search warrant was executed at the office and premises of Amamgbo.

Mr Mayana averred further that among the documents recovered from Amamgbo was an undated report tltled “Highly Confidential Attorney Work Product- August Report”, In the said ‘highly confidential report contained 18 companies and several Properties located in United Kingdom (UK), Nigeria and United State of America (USA).and that in the course of interview Mr. Donald Chidi Amamgbo, told the Agency that he registered the 18 companies to assist the former Petroleum Minister, Diezani Allison-Madueke in holding title of the temporarily forfeited properties.

He also stated that payment for the properties were received by FBN Mortgage Limited at various times from 2011 to June 16, 2015,. adding that First Bank of Nigeria Plc stated in a letter that the source of the monies was from Mrs. Diezani Alison Madueke, and that the bank picked up United State Dollars from her house located at 10, Frederick Chiluba Close, off Jose Martins Street, Asokoro, Abuja, and bag the sum of $3.342,307 million USD, was credited into FBN Mortgage Limited account number 2008133531.

He also stated that First Bank of Nigeria Plc, in its extra judicial statement made by its Head of Public Sector Group, also confirmed that the sum of N840 million, equivalent of $5.540, 318 million USD, transferred to Skye Bank by one Adeyemi Edun, was picked up on May 23, 2011, from Mrs. Diezani’s house at 10, Fredrick Chiluba Close, off Marti Street, Asokoro, Abuja, and same was transferred on Diezani’s instruction Skye Bank in favour of Adeyemi Edun on the same day.

Consequently Mr Ozioko deponent urged the court to grant the application in the interest of Justice.

The presiding vacation Judge Abdulaziz Anka after listened to Ozioko’s submission, ordered that the above listed properties in the interim be forfeited to the Federal government of Nigeria.

He also ordered the EFCC to appoint a competent person(s) or firm to manage the temporary forfeited assets/properties while EFCC should also notify the respondents in whose possession the assets/properties sought to be forfeited are found to appear before the court and show cause within 14 days why the properties should not be permanently forfeited to the Federal government of Nigeria.

Justice Anka also directed the EFCC to make publication of the interim order in a National newspaper for the respondents and anyone who is interested in the properties to appear before the court to show cause within 14 days why the final order of forfeiture of the properties should not be made in favour of the Federal government of Nigeria.