FG to use space technology to boost socio-economic development 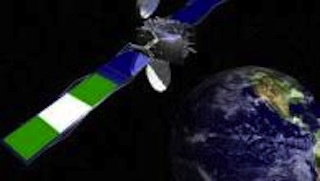 The Federal Government on Tuesday in Abuja said it would deepen efforts at utilising space technology to make giant stride to enhance resources for socio-economic development in the country.

CSTD is a centre under NASRDA with responsibility to create awareness and educate public and other sectors on how Satellite building will benefit and boost rapid improvement in other sectors.

The CSTD Week is one of the vehicles to pilot awareness campaign programme for effective result.

The theme for CSTD Conference 2017 is “Integration of Space Technology in Nigeria: Spectrum of Opportunity. “

According to Mohammed, government will harness space technologies to solve national needs in consonance with the global sustainable development agenda through sustainable space utilisation and safe space operations.

He said 15 Engineers and Scientists from Nigeria, Japan, Mongolia, Bangladesh, Ghana and Thailand were selected through a keen competitive global process and procedure to attend multinational satellite project called “BIRD PROJECT“ in 2015 in Japan.

“The multinational satellite project known as the “BIRD PROJECT“ was introduced by Japanese government and implemented through Kyushu Institute of Technology in Japan for developing countries.

“It is with the goal of enhancing capacity building and human resource development in Space Science and Technology,“ he said.

The director-general said the Federal University of Technology, Akure (FUTA) had fully participated in the design and manufacture of five Nano satellite of “BIRD PROJECT“.

“It is an attestation and proof to our collaboration research with Nigerian Universities.

“I urge other Nigerian universities to collaboration with the NASRDA and its collaborators in quest for indigenisation of space technology in Nigeria. We will support this initiative, “ he said.

He said the project had reinforced success of Nigerian space programme and demonstrated an innovation research model for NASRDA.

Onuh said very serious nations had gone in the way of incubation centre as generally recognised that technology research came from Small Medium and Enterprises.

“ This to a large extent would help in harnessing both natural disasters and economic challenges in consonance with global trend for sustainable development, “ he said.

According to the director, CSTD is fully aware of the enormous responsibilities the government has given to it to design and manufacture satellites that will be of immense benefits to Nigerians and the rest of the world.

He said that all NASRDA’s Centres of excellence and laboratories would make presentations on their research activates to explore such opportunities that had never occurred.