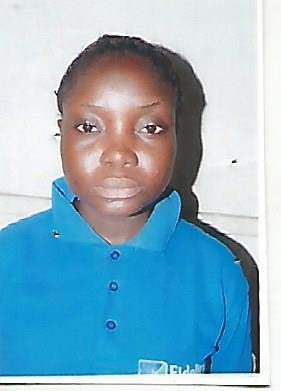 The management of Fidelity Bank Plc, Lagos has dragged its former female staff, Adenike Okuneye, 31, before a Lagos Magistrate Court for allegedly parading herself as a staff of Fidelity Bank after she had been sacked and collecting money from customers of the bank with the pretext of saving it for them in the bank, but instead converted same to her use.

The accused, a resident of Mushin, Lagos was arrested on the order of the Divisional Police Officer, DPO in charge of Lion Building Division, Lagos Island, Lagos, CSP Folashade Tanaruno following a complaint by the management of Fidelity Bank Plc.

After investigation by the police, the accused was arraigned before an Igbosere Magistrate Court, Lagos on a 3-count charge of felony to wit. stealing.

Prosecuting officer, Cyriacus Osuji informed the court in charge No. L/49/2017 that the accused committed the alleged offence between March and August, 2017 during working hours in Lagos State.

Osuji told the court that the management of Fidelity Bank Plc reported to the police that after it sacked the accused, she started parading herself as a staff of Fidelity Bank by wearing the T-Shirt bearing the bank and collected the sum of N50, 000 from various customers of the bank with the pretext of saving it from them in the bank and later converted the money to her use.

He said that nemesis caught up with the accused when one of the aggrieved customers of the bank who knew that the accused was no longer with the Fidelity Bank reported her to the bank leading to her arrest.

Osuji said that the offence the accused committed was punishable under sections 72, 314 (A) and 287 of the Criminal Laws of Lagos State, 2015.

The accused, however, pleaded not guilty to the alleged crime in the open court and Magistrate S.K Matepo granted her bail in the sum of N50, 000 with two sureties in like sum.

Matepo adjourned the case till 9 October, 2017 for mention while the defendant was remanded at Kirikiri prison, pending when she is able to fulfill her bail conditions.