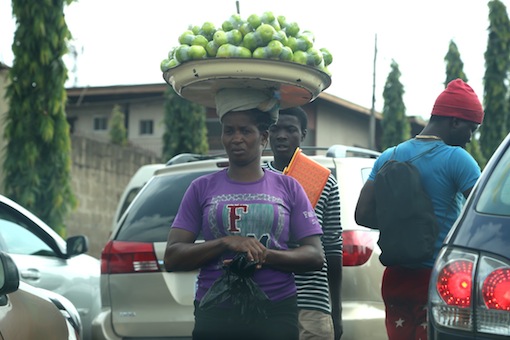 Gov. Abiola Ajimobi of Oyo State has warned street traders who display and sell goods by the roadsides and under the bridges across the state to vacate or be sanctioned.

He gave the warning on Tuesday in Ibadan, saying that a clean and beautiful environment has advantages to individuals and the state as a whole.

The governor appealed to the traders to make the environment more attractive and clean in line with the desire of his administration.

“Aside from making the environment beautiful, clean and attractive, not trading on the roads or motorways is also a way of protecting the people from unforeseen circumstances like road accidents and mishaps,’’ he said.

Ajimobi lamented the refusal of the some traders to relocate to markets built by his administration and allocated to them without charge under the clean environment initiative.

“We will soon commence strict enforcement of environmental laws. We will ensure that recalcitrant traders are arrested and their goods confiscated.

“There will be no more warning, except to plead with our people to comply with the laws. If our environment is clean, it is in our best interest,’’ Ajimobi said.

The governor said that his administration had been on the campaign since assumption of office.

“We built markets for them, yet they did not go there; they are busy doing it their own way by disobeying government, but when we start enforcement, they will start crying foul.

“We can only appeal to them, and that is what we are doing now, so that they won’t turn around and start saying something else later,’’ he said.

The governor had on Monday evening toured some major routes of Ibadan metropolis, among which were Molete under-bridge, Challenge and Mokola roundabout.