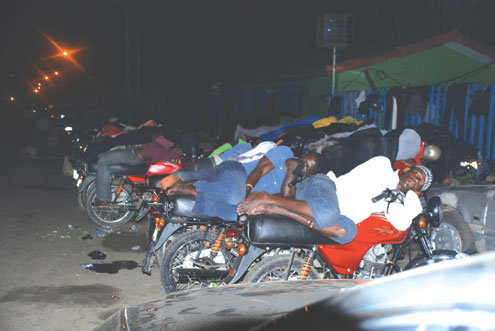 A member of the Osun House of Assembly, Mr Olatunbosun Oyintiloye, says sustained empowerment programmes would go a long way in tackling poverty at the grassroots.

Oyintiloye said this at an empowerment programme he organised for farmers, artisans, widows and the elderly on Thursday at Ilare-Ijesa, Obokun East Local Council Development Area.

The lawmaker said if politicians, non-governmental organisations as well as government at all levels could make empowerment of people in rural communities a priority, poverty would be minimal.

Oyintiloye, who is the House Committee Chairman on Information and Strategy, said that no level of support was too little in empowering vulnerable persons in rural communities.

He also said contributing positively to the development of his immediate constituency was his priority.

“No matter the economic challenges, I will continue to strive to give back to the people who have reposed their confidence in me and elected me as their representative,’’ he said.

Oyintiloye (APC-Obokun) said the empowerment programme was in line with Gov. Rauf Aregbesola’s commitment to developing the agriculture sector as well as improving the living standard of the people.

While commending the electorate for their support, Oyintiloye said he would continue to make himself available at all times.

The News Agency of Nigeria (NAN) reports that more than 158 farmers were given farm inputs such as cutlasses, sprayers and herbicides.

NAN also reports that more than 62 widows as well as 93 elderly persons were given money and clothing while 358 artisans were empowered with working tools.

In his remarks, the APC Chairman in Obokun East LCDA, Mr Ismaila Kehinde, commended the lawmaker for his gesture to his constituents.

The Owalare of Ilare-Ijesa, Oba Emmanuel Otebolaku, said the empowerment tools would go a long way in alleviating poverty.