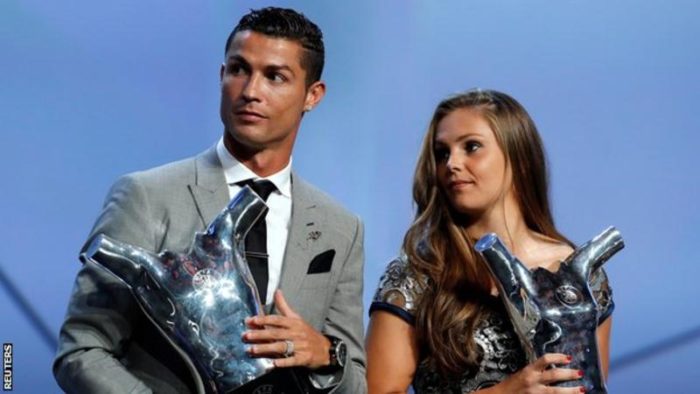 Real Madrid forward Cristiano Ronaldo has been named as Uefa’s Player of the Year, beating Lionel Messi and Juventus keeper Gianluigi Buffon to the prize.

Martens was instrumental in her country’s European Championship victory this summer, where she was named player of the tournament.

England striker Jodie Taylor and right-back Lucy Bronze were named in the top 10, but missed out on the top three, voted for by coaches and journalists.

There was also a special ‘President’s Award’ given to Francesco Totti, who retired from football in July after 24 years at Roma, the only club he played for.

The 40-year-old is now a director at the Italian club.